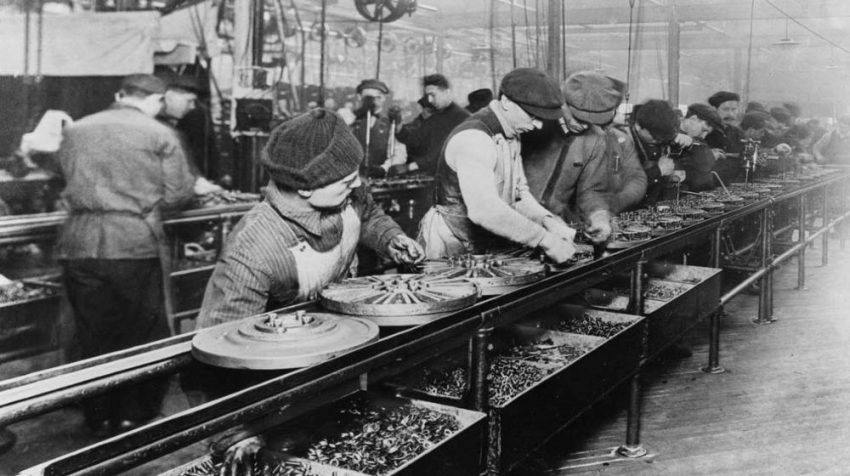 Too much of the business owners’ time is consumed with managing vendors. Dealing with complexities in the business supply chain.

My advice is to reduce or limit the total number of vendors the managers have to manage. Large businesses are moving in this direction. Small businesses should take note.

What You Can Learn from Big Business Examples

Initiatives by companies like Ford, Hardee’s and others, have over the years sought to improve operating margins by reducing the number of suppliers.

Consider the example of Hardee’s Restaurants. Andy Puzder, who took over as Hardee’s CEO, saw he had a complex business that needed to be streamlined.

At the time he noted, “Hardee’s 50-item menu, … was a mess of complexity… and stocking all that stuff was a supply chain nightmare.”

Puzder was able to reduce the Hardee’s restaurants’ offerings. In the process, Hardee’s gained efficiency and improved operating income.

The Ford Motor Company had a similar supply problem.  Ford is famous for having made gains in efficiency through the assembly line. They’ve had over 100 years of experience. (See image of Ford assembly line from 1913, above).

But the challenge changed over the years as the company grew. The Wall Street Journal reported that Ford was looking for savings by revamping their supply system. The auto manufacturer wanted to reduce their 2,500 suppliers down to 1,000.  This was in 2005.

Ford’s challenge was not in the change in the number of suppliers. Ford’s real challenge was with changing its purchasing department corporate culture: beating up suppliers on price.

But Ford decided to look for efficiencies by managing a fewer number of vendors.

A few years ago I tried the same thing in the public sector.

I once had the assignment of getting more efficiency from a department’s supply chain during a tour of duty in government. But I made a mistake. I didn’t ask, “Who are the stake holders in this decision?”

I started by reviewing the vendors for this $400 million department. It had over 11,000 suppliers.

First came the easy MBA 101 task.  I directed the staff to report on the number of vendors that did most of the business with us — say 80-90% of the dollar volume.

To no one’s shock and awe, save mine, we learned that 900 vendors did 90% of the business with my government agency.

My chin thrust out with smug incredulousness. I was making one more high-priced MBA observation.

“Yes. So?” the staff replied in unison.

From there, my smug MBA attitude soon would meet political realities.

I strongly suggested that we should look to consolidate vendors. I asked them to look at ways to reduce the number of transactions and paper work.

The team jumped to it.

No one was happy their rice bowls were going to be broken.

And the fact that this all took less than a day alerted me that back channels were working at the speed of light.

The vendors (and the politicians) were aided and abetted by the army of bureaucrats pushing all that paper around. The politicos clamored for efficient government as long as the suppliers in someone else’s district were cut.

No one wanted change.

I didn’t have a chance at improving the supply chain. Nor did the citizens’ tax dollars.

This was my first rude lesson in ‘multiple points of accountability.’ In government a civil servant answers to his boss, of course. But he or she also must be mindful of other politicians, the press, the public, the unions, the lobbyists and peers making a grab for his budget.

The supply chain management fight wasn’t worth the political capital necessary to win.

My lesson learned, I quickly moved on to other battles where I had half a chance.

The small business owner will have more control over contract terminations than I did.  Small businesses can move faster.

Look for ways to streamline vendors. Consolidation reduces complexity. It reduces the time you have to spend. And frees you up to work on the big picture.

But as you try to control your time and your staff’s time, consider outside influencers. Community leaders. Relatives of employees. Franchisors. Mutual friends. Local officials.

They may have more power than you think.

John Wesley (Jack) Yoest Jr., is a Clinical Assistant Professor of Management at The Catholic University of America. His expertise is in management training and development, operations, sales, and marketing. Professor Yoest is the president of Management Training of DC, LLC. A former Captain in the U.S. Army and with various stints as a corporate executive, he also served as Assistant Secretary for Health and Human Resources in the Administration of Governor James Gilmore of Virginia.
8 Reactions
Leave a Reply Cancel reply
Subscribe
Follow @smallbiztrends
RSS LinkedIn Pinterest iTunes