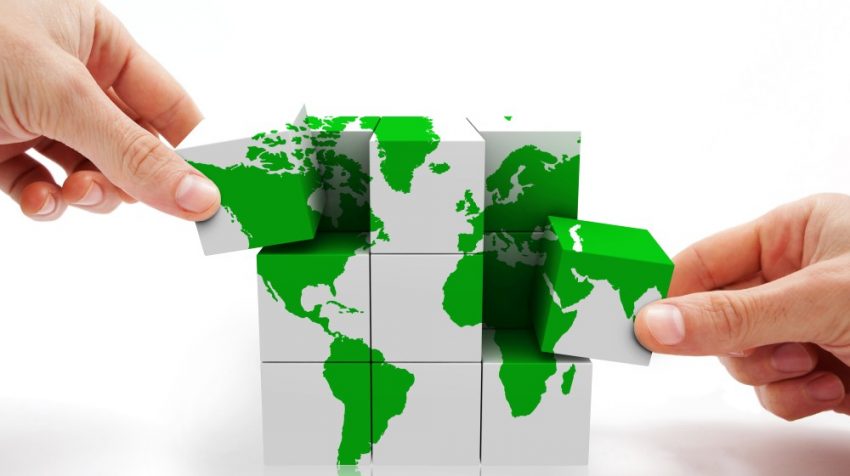 The trend of the micro multinational is extraordinarily relevant today for how to structure a startup.  It describes a trend toward startups that are multinational and operate across national borders almost from day one.  These businesses don’t wait until they grow into larger businesses to expand globally.

The concept of the multinational startup was a budding trend back in 2007 when I wrote the original article below.

Fast forward to today, and the trend is even more relevant.

Being a multinational business at launch is no longer unique. Today it’s a mindset. It’s simply what many startups do.

In some sectors, starting out as a multinational is standard operating procedure. Let’s use software businesses as an example. Nearly any software startup can operate without limiting itself to one geographical region. The same goes for many knowledge businesses and creative businesses.

Even businesses that deal in physical products — such as makers, manufacturers and eCommerce sellers — can reach across borders from day one for workers, marketing, customers, distribution and delivery.

Of course, startups are still tied to geography to some degree.  A startup must organize as a business in a certain location. A business must pay taxes and comply with the laws of wherever it has a significant nexus. Language differences may limit how far you reach.

But other aspects of the business can be border independent.  Today’s startups may:

The Internet and the cloud have become the great border busters.

The Council on Competitiveness has issued a study on the state of entrepreneurship in America. One of the most fascinating parts of the report is that it identifies a trend toward something called the “micro-multinationals.”

Micro-multinationals are small companies with a presence and people in multiple countries:

When most people hear the phrase “multinational corporation,” they think of large, established firms with subsidiaries in major markets around the world. But a new breed of entrepreneurs is now creating “micro-multinationals” that are global from day one. Vast.com, for example, has 25 employees across five time zones, four nations and two continents. Its executive team is in San Francisco, its CTO is a Serbian who lives in the Dominican Republic, and its development team is in Belgrade. According to the CEO of Vast, “We are building a company in a way that wouldn’t have been possible even two years ago.”

The report goes on to note that not only is a global attitude and approach the right move to find staff to grow the business, but it is seen increasingly as a prerequisite for getting venture funding:

Particularly since the bursting of the IT bubble, venture capitalists have encouraged start-ups to implement global strategies to reduce costs and get to market faster. According to a USA Today survey of venture-backed software startups created since 1999, nearly 40 percent have employees outside the United States. And the global firms received more than twice as much funding from venture capitalists as firms with U.S.-only operations.

Entrepreneurs could not have created many of these companies if they had been unable to leverage global talent. And as these companies grow, they create more jobs in the United States.    * * *

The ability of even small start-ups to go global offers unprecedented opportunities to U.S.-based entrepreneurs. But it also means that having a supportive environment for entrepreneurship will become even more important. Entrepreneurs can increasingly choose to develop and finance their new ideas anywhere in the world. Regions whose regulatory systems do not support the creation and growth of new businesses will find entrepreneurial activity (and the jobs that it creates) moving elsewhere.

I’ve observed this trend blossoming in the past few years, particularly among technology and Internet businesses. This idea of the world transforming into one global village is happening before our eyes. The numbers of companies that can be characterized as micro-multinationals is still small, but they are out there.