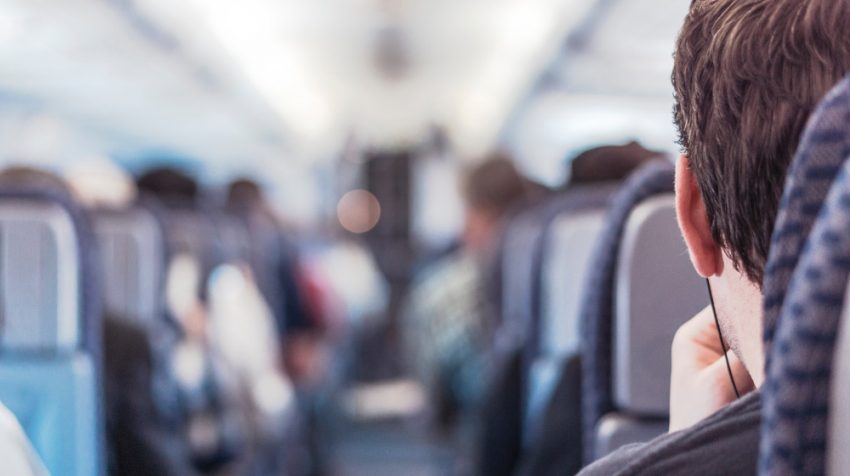 I’m writing this post on how I use a tablet for business, while on a crowded plane, New York to San Francisco, in middle December.

I didn’t get the upgrade to business class. Every seat on the plane is taken. The guy in front of me has pushed his seat back so far I could be writing this with a marker on his bald head, which feels like it’s in my lap (ugh — sorry for that image).

The good news is that this plane has plugs, meaning power, meaning my laptop would be able to last the whole six-hour flight. This is one of the United Air Lines planes running coast to coast with a lot of what they call “economy plus” seats.

And the even better news is that I can work, despite the lack of space, because I’m traveling with my tablet computer.

How to Use a Tablet For Business

My tablet sits very comfortably in my lap like a spiral notebook. Despite the lack of room for a keyboard, I get things done. I’ve done half a dozen blog posts, including this one, in handwriting in Microsoft OneNote, which works.

And, by the way, I love keyboards. My affair with the tablet is not about preferring handwriting to keyboarding, in case that’s what you’re thinking. I touch type well and fast.

However, you can’t always use a keyboard. The tablet gives me a comfortable note taking option, and still offers me a keyboard when I want one and have the space. The keyboard is separate but clicks in, and doubles as a traveling case.

I even have an extra keyboard that folds up into a very small size, and connects via bluetooth. Although lately I just take the latch-in keyboard case, so I don’t have to use handwriting to do my email in the hotel.

So I’ve been meaning to post about my feelings about the tablet computer for several months now, and now is the time. This is my third tablet computer, the second one with this form factor. I liked that second one so much that I bought six of them for other managers in the company.

My first tablet was a convertible, with a keyboard always attached, that swung around to work like a tablet. It was too heavy, not practical. But it ended up useful because we left it in the conference room.

Which brings up a special tip — a tablet computer plugged into a projector, using blank pages in PowerPoint, is the same as an electronic white board. Run the meeting, keep the notes, save them, distribute them. Remember when the latest and greatest in office technology was a savable white board? This is it, now.

Meanwhile, from what I read, the tablet computer hasn’t caught on well, which is one reason that I thought it might be useful to post my opinion about it. Contrarian opinions are more fun. And I think it’s good to learn how others use a tablet for business.

And, finally, since lists are a popular format, here is a list of what I like about my tablet computer:

As I said in the beginning of this post, it is very useful on planes, because of the tight spaces. The seat back in front of you is not going to smash your LCD.

I mentioned handwriting and blog posts, and for that the handwriting is a compromise. But for working with PowerPoint, a medium in which you shouldn’t use a lot of words anyhow, it’s really good.

Maybe it’s old fashioned of me, but I don’t feel comfortable typing while people talk. And I do feel perfectly comfortable writing notes, as if it were into a spiral notebook.

Plug your tablet computer into the projector, and then you can write on your slides. You can take notes as people make comments, or compile lists, or highlight graphics. This is just one more example of how to use a tablet for business.

4. Good for Off Hours Entertainment

I’m an iTunes fan, and the tablet lets me hold it comfortably like a portable TV. So it works very well as a substitute media player with a pleasantly large screen.

Now I have to admit I’ve ordered an Amazon Kindle, which relates to a post I did on another blog. But in truth while I travel with a tablet computer there is no good reason — except that I like gadgets, and sometimes I write about them — to bring along a Kindle.

Editor’s note:  We updated this piece in January 2019. It’s still as insightful as when first written.

Tim Berry is Founder and Chairman of Palo Alto Software, Founder of Bplans, Co-Founder of Borland International, Stanford MBA, and co-founder of Have Presence. He is the author of several books and thousands of articles on business planning, small business, social media and startup business.
11 Reactions
Subscribe
Follow @smallbiztrends
RSS LinkedIn Pinterest iTunes