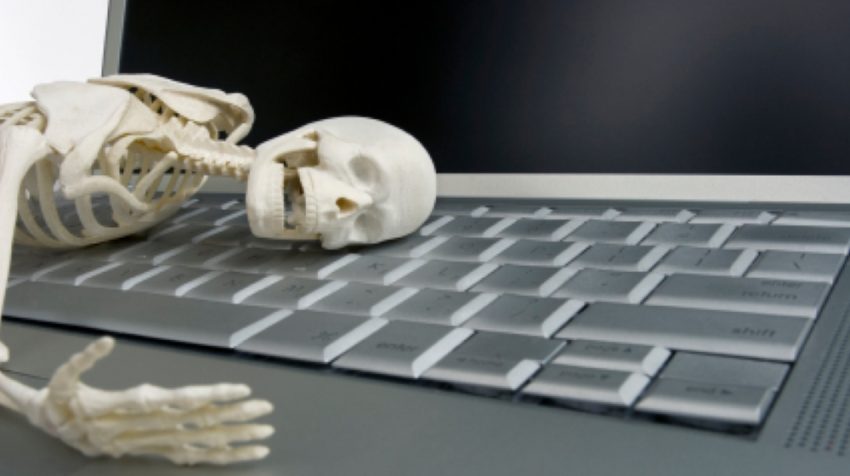 It started earlier this week with a piece in the New York Times titled In Web World of 24/7 Stress, Writers Blog Till They Drop. Highlights:

Two weeks ago in North Lauderdale, Fla., funeral services were held for Russell Shaw, a prolific blogger on technology subjects who died at 60 of a heart attack. In December, “another tech blogger, Marc Orchant, died at 50 of a massive coronary. A third, Om Malik, 41, survived a heart attack in December.

Gulp. I turned 60 in January. And I’ve done more than 450 posts in the last year, on this blog and several others. Am I brave, foolish, or both? Maybe I should do something safer, like firefighting or sky jumping.

I think I’m (sort of) copying that response from John Jantsch. He posted “I’m just dying to blog about this” on Duct Tape Marketing, noting:

“I started the story and I found myself looking around for the punchline, but I’m afraid they – the New York Times and Matt Richtel – were serious. Each paragraph was more bizarre than the next. I felt as though I had to have stumbled onto an edition of the Onion.”

One of the comments on John’s piece is “Sounds like a late April’s Fool. Good thing normal managers never are overworked or have heart attacks.”  To which John adds, “should have been.” I’m with John on this. It should have been a joke. And I’m with him as well as he adds, on a more serious note:

“Look, I’m not usually so negative on this blog, but I’ve grown very tired of the media’s characterization of blogging. There is no question that you can find people who have become so obsessed with something they get paid for that they do it death (See gamers, lawyers, miners, athletes, prostitutes.)

In this case they found a handful of people with no life who are now being paid to have no life. So where’s the story in that?”

Confession: I worked way too much during the formative years of Palo Alto Software. Try going into a third mortgage and $65,000 of credit card debt while not missing payroll. Blogging, in comparison, is a piece of cake.

One of the more meaningful responses to the piece (in my opinion) is Business or Pleasure, posted by Alan Johnston in Copyblogger. He was writing about writing, but I changed “writing” to “work” because it applies just as well:

“A lot of people make the mistake of starting out by picking a niche they are not exactly passionate about simply because it pays well.

In other words, they are just in it for the money and somehow consider this a sound business model. It’s easy to show up day after day if the pay is good, right?

Sorry to burst your bubble there, but you couldn’t be more wrong. If you don’t like what you’re doing, your work will reflect that, no matter how hard you try.”

Well said. Somewhere down in the heart of business, or maybe that’s entrepreneurship, is figuring out how to do what you like to do. Because you’re going to do a lot of it.

Tim Berry is Founder and Chairman of Palo Alto Software, Founder of Bplans, Co-Founder of Borland International, Stanford MBA, and co-founder of Have Presence. He is the author of several books and thousands of articles on business planning, small business, social media and startup business.
17 Reactions
Subscribe
Follow @smallbiztrends
RSS LinkedIn Pinterest iTunes