A Leadership Lesson from Warren Buffett in the 2008 Credit Crisis 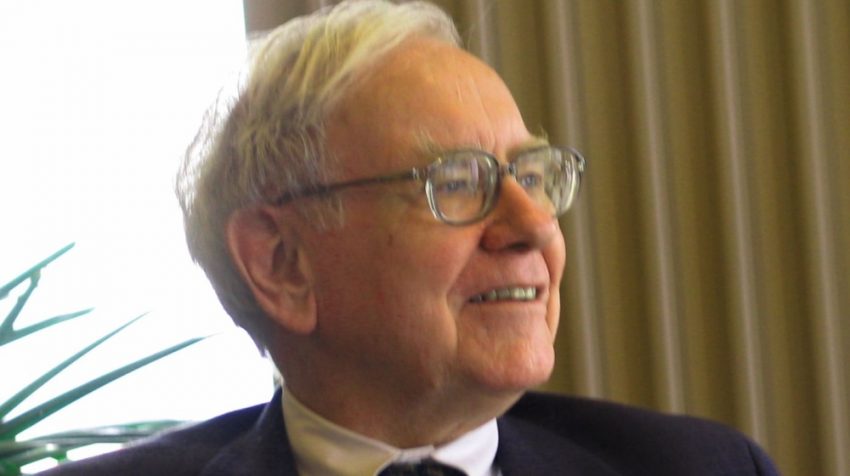 In the midst of the 2008 worldwide credit crisis, one person showed leadership and stood out. That person was billionaire Warren Buffett.

One of the most visible signs of the “economy” to the average person is the stock market.  The market can have wide swings and how it does on any given day may have nothing whatsoever to do with the economy as a whole.

Yet, it still feels that way when you watch the evening financial news.  The typical person equates the market with the economy — and vice versa.  Even though they are different.

That was especially the case back in the financial crisis of 2008.  Most of the world’s major exchanges had seen wild trading swings.  Stock market indices were down everywhere.  Here in the United States the Dow Jones Industrial Average was down to around 9,000, some 5,000 points lower than its high in October 2007.

Investors seem manic with fear.  Ordinary citizens and business owners felt fear.  Anyone who had retirement money in a 401(k) or IRA felt it.  So did business owners who rely on spending by the very consumers who might turn off the spending spigot due to fear.

That fear might have been irrational.  But it was tangible.

At the time I wrote this piece I was impressed by Buffett’s leadership.

Throughout it all there was hardly anyone who stood up as a leader and said “I’m investing in the stock market.  Don’t panic.”

Except for one.  Warren Buffett, at the time the richest man in the world, wrote an op-ed (opinion editorial) in the New York Times entitled simply “Buy American.  I am.”

He didn’t give false assurances that things were just rosy.  He was straight forward in his assessment, writing:

“THE financial world is a mess, both in the United States and abroad. Its problems, moreover, have been leaking into the general economy, and the leaks are now turning into a gusher. In the near term, unemployment will rise, business activity will falter and headlines will continue to be scary.

So … I’ve been buying American stocks.”

He makes an important distinction, that the stock market is not the same as the economy.

In fact, conventional wisdom has it that the stock market will go down and then start to come back up, in advance of a recession.  Stock markets are leading signals of the economy.

That’s why he said it was the time to act and buy, when others were operating on emotion:

“A simple rule dictates my buying: Be fearful when others are greedy, and be greedy when others are fearful. And most certainly, fear is now widespread, gripping even seasoned investors. To be sure, investors are right to be wary of highly leveraged entities or businesses in weak competitive positions. But fears regarding the long-term prosperity of the nation’s many sound companies make no sense. These businesses will indeed suffer earnings hiccups, as they always have. But most major companies will be setting new profit records 5, 10 and 20 years from now.

Let me be clear on one point: I can’t predict the short-term movements of the stock market. I haven’t the faintest idea as to whether stocks will be higher or lower a month — or a year — from now. What is likely, however, is that the market will move higher, perhaps substantially so, well before either sentiment or the economy turns up. So if you wait for the robins, spring will be over.”

That’s the leadership lesson from Warren Buffett.  Look at things unburdened by negative emotions like fear.  Act now in anticipation of the long term trends, not short term market fluctuations.

Looking back, Buffett’s words make perfect sense.  He turned out to be right.

But at the time, the United States financial markets were gripped by fear. Fallout from the credit crisis was still unfolding — day by day. The ramifications had yet to make their way through the economy.

Wild stock market swings were one of the most visible signs of the 2008 credit crisis to the average person.  (Layoffs and foreclosures also were signs, although more selective.)

It wasn’t the end of the world as we knew it, although we went through a very rough time.  Some people and companies fared worse than others.  Some businesses didn’t survive. Other businesses had to pull back. Still others had to change direction to survive.

Business owners and employees alike probably ended up with a lighter retirement portfolio. It took some years to recover the value.

But mostly everyone got through it.  Somehow.

At the time I wrote, “If you are a business owner with money in an SEP, IRA, 401(k) or other retirement plan, or if you have been investing for a college fund for your children or investing for some other purpose, it’s probably painful to look at your portfolio right now.  Most likely it’s down — way down.  It’s for that reason that the stock market matters to us. It’s because of any investments each of us may have — and because it is a visible sign most people react to.”

It was scary time back then in 2008. But we avoided a major catastrophe.  It wasn’t the second coming of the Great Depression.

We needed someone of the stature of Warren Buffett to step up and start to bring back confidence. Thank you, Mr. Buffett, then and now.