How Not to Talk to Franchise Company Executives 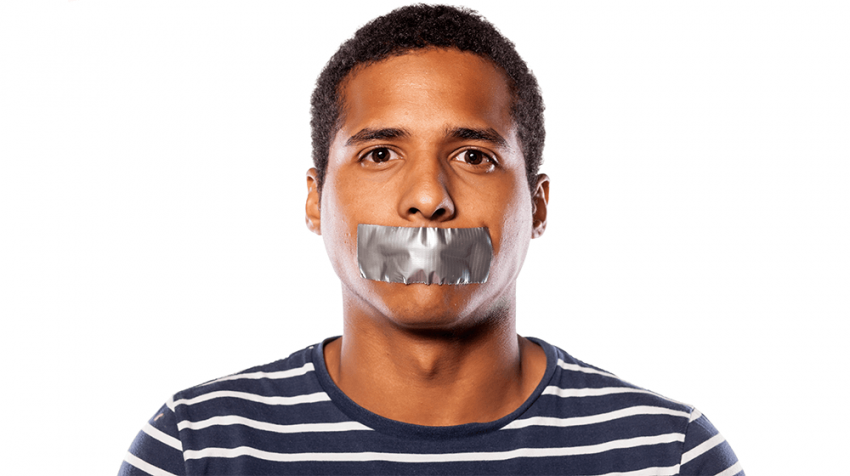 When was the last time you purchased your own franchise? If you answered “never,” then this article is for you.

If you are pursuing a franchise opportunity as a way to be your own boss, let’s assume that you bring a business background of some sort to the table. You probably shared your past or current job title with the franchisor on the “request for information” form you filled out. The franchise director (salesperson) will follow up with you to schedule a formal introductory call, so he or she can explain the concept in further detail, and also learn a little more about you.

Make Sure Your First Call with the Franchisor Goes Well

At first glance, this may not seem like an important phone call. It is. The franchisor is sizing you up. He or she is trying to find a way to either qualify or disqualify you. (Sometimes, a franchisor is more interested in making a sale, so the qualifying portion may be rather minimal. In my experience that is not the norm, but you should be aware of it.)

You are also sizing up the opportunity, and the franchisor, during that phone call. You are both trying to make a good first impression.

How Potential Franchisees Get It Wrong

Let me share the following first hand experience to make a point. As a franchise consultant my role is to match up my franchise candidates with franchisors that are a fit with that candidate, based on a lot of different criteria like their skill sets and available investment amounts. Some of my candidates are high level corporate executives, with impressive credentials, and money in the bank. On more than one occasion, however, I have had to jump in, and be a referee, after that first introductory call. Here’s a post mortem on one such introductory call:

Franchise Director: “Joel, where did you find this guy? The first fifteen minutes of our call consisted of him telling me that he knows business, and that I better not try to pull the wool over his eyes. He requested our P & Ls (Profit and Loss Statement), and wanted to talk with our CFO. I am not going to stand for this, Joel. I don’t have to. We have plenty of qualified people who want to invest in our franchise concept. I don’t even know if I want to talk to him again!”

Me: “Sorry about that. I totally agree. Jim really is a great guy, one on one. I really feel that he is serious about becoming a small business owner, and he seems to like your concept. Let me give him a call, and see if I can figure out what went wrong. Will you talk with him one more time, if he backs off a little?”

Franchise Director: “He better back off, or we’re done.”

Me: (Calling my candidate) “Hello Jim. I wanted to follow up with you concerning your first call with ABC Franchise Company. I received a call from the Franchise Director, who shared with me that he didn’t feel that you two started off on the right foot, or on any foot, for that matter. What happened?”

When Franchisees Get Too Aggressive

Jim: “Nothing happened, really. I asked him for some pretty specific information, and he didn’t seem to want to share it with me. As a matter of fact, he seemed offended that I even asked. Who do these guys think they are? I am about to invest $250,000 of my own money into their franchise, and they won’t give me what I asked for? That is just plain wrong, Joel. If all the franchise companies you work with are like these guys, then maybe we don’t need to work together anymore.”

Me: “Wow, Jim, what happened? I thought you were interested in exploring some opportunities in franchising, so you don’t have to work for anyone else again. If you really are serious about investing in a franchise of your own, then you will have to take a breath or two, and try to bond with these folks a little bit. If they don’t like you, they won’t award you a franchise. I know that you don’t want to be ripped off, and I can understand your trepidation. Would you like to have a second phone call with these folks, and get to know each other a little bit? I promise that in due time, you will be able to get your questions answered, and find all the facts that you will need to make a decision. OK?”

Are you thinking that I may have been a little too harsh with Jim? After all, he is the one taking the risk, right? Jim should be able to get important questions like the ones he asked answered by the franchise director, right?

As a prospective franchise owner, you certainly have the right to ask any questions you want. I think that Jim just asked them in the wrong order, and maybe in the wrong way. As a matter of fact, if Jim didn’t ask some tough questions, the franchise director may not even take him seriously.

It is really important that you make a great first impression with the franchisor. Get to know the franchise director, and allow him (or her) to get to know you. Talk about your family, and your life, and let him talk about his. Establish some rapport. If the opportunity turns out to be “the one,” then your first impression will go a long way towards being asked to become a franchisee.

The franchisor will want to make a great impression with you, too. The franchise director will talk about the opportunity, and about the company, and some of its accomplishments.

The next step is to learn enough about the opportunity through their brochures, other marketing materials, and a couple of conversations with the franchise director, to decide if you can actually see yourself owning that franchise. If you cannot see yourself owning this franchise, then the numbers probably won’t matter, and you will move on and continue to look for an opportunity that is a better fit.

If you can see yourself owning this franchise, then figure on 30-45 days of serious due diligence. During this due diligence phase, the time will come to ask some tough questions. Most of the tough questions will be about the numbers. The difference is that now you know a lot more about the opportunity, and will have some points of reference to go back to when you do get the numbers.

Joel Libava is the Franchise Expert for Small Business Trends. Joel, The Franchise King®, equips today’s prospective franchise owners with time-tested, proven techniques designed to increase odds of success. He does this through one-on-one coaching, and gobs of useful content that can be found on places like Small Business Trends, SBA.Gov, and his award-winning franchise blog, The Franchise King Blog . He’s been featured in Entrepreneur® magazine, and is frequently called upon by national media outlets and publications for his no-spin insights into the world of franchising.
16 Reactions
Subscribe
Follow @smallbiztrends
RSS LinkedIn Pinterest iTunes