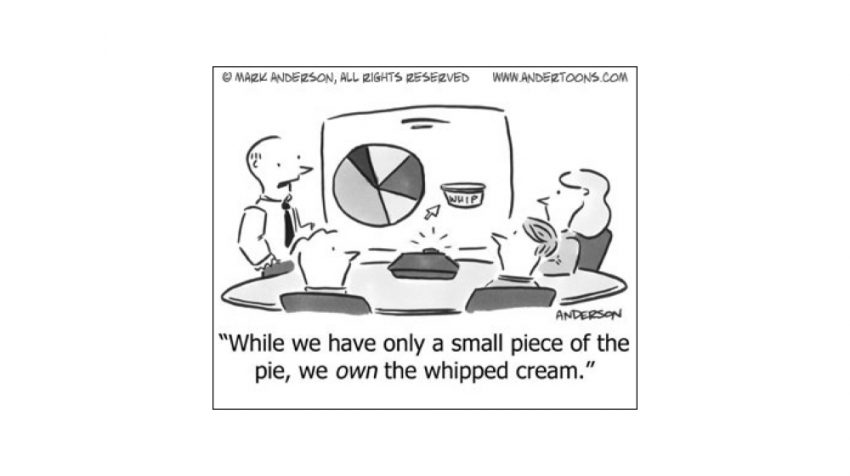 This market share cartoon is for all those times where you have been in meetings or given a presentation where the news about your market penetration wasn’t so good.

I’ve said before that I love a good graph joke, but I mostly do line graphs or the occasional bar graph. There’s a lot of opportunity to play visually with those.

Pie graphs are harder because they’re always the same shape. You have your circle, the slices, some shading, and, frankly, they’ve been done to death. That’s how this one came along; challenging my brain to come up with a different angle. After some playing with the graph itself, it hit me that I could do something outside the graph, and there it was.

Sometimes an idea comes like that. It’s not so much an “A-ha!” moment as a “I’m bored with line graphs” moment.