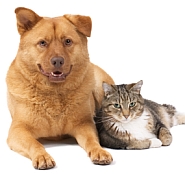 The 2009 economics for pet-related small businesses will be dominated by the impact of the recession on consumer spending and attitudes. It has long been thought that pet-related spending is recession proof; however, we believe this assertion will be tested in 2009.

The trend will be toward value for money, which doesn’t necessarily mean spending less, but less frivolously. Pet-related spending will level off somewhat in 2009 as pet owners keep an eye on how the downturn affects them personally. Trends include:

Spending on pet supplies and over-the-counter medicines was projected to increase 5.1% in 2008 from $9.8 billion to $10.3 billion according to the American Pet Products Association (APPA) and while that expects a slowdown from the 6+% increases of the recent past, it likely does not take into account the unprecedented decreases of spending in the 4th quarter of 2008. We would not be surprised to see more modest increases in the range of 2% in 2008, continuing on to 2009.

People will continue to spend above and beyond on their pets as the population ages and pets take the place of children at home; however, pet parents will not be rushing to purchase luxuries, but rather focusing their dollars on quality necessities, such as food, leashes, and bedding. High-end specialty pet stores are going to feel the pinch as the casual shopper won’t be dropping in as much. These stores will have to tighten their budgets while crafting a unique shopping experience to keep their loyal regulars happy.

2. Pet Services for your Pets Continue to Grow

More than $3 billion dollars will be spent on pet services in 2008 according to the APPA, which will likely continue to grow in 2009, but at a lower rate than in prior years. Pet parents are including their pets in their own lifestyles so visits to the spa, exercise regimes, and hotel-quality day care accommodations have become more common in urban areas. In the suburbs, Wal-Mart continues to expand its pet section and has even been testing grooming stations in some of its stores. Expect to see Wal-Mart roll out grooming to more of its stores in 2009, taking on PetSmart’s dominance in this area.

One of the more human aspects of the Presidential race has been the huge interest in the “First Dog” and what he or she will turn out to be. The passionate discussion certainly draws attention to all aspects of dog ownership, and where the Obama family goes, the American public will surely follow. The number of cats in the US have long dominated dog numbers (according to the American Veterinary Medical Association, there are more than 72 million pet dogs in the U.S. and nearly 82 million pet cats) but the Obama dog may inspire people with pet allergies to reconsider bringing a dog in-house.

Pet parents are taking control of their pets’ health care as they do their two legged children. Online resources continue to improve in quantity and quality and educated pet owners are arming themselves to guide their pets’ care (Wikipedia is a good place to start but other sites are now appearing).

Technology from the human world continues to make its way into the veterinary tool kit including non-invasive surgeries, human medical devices and services being applied to pets, super-premium foods aimed at specific ailments, and alternative therapies, such as acupuncture, massage, and behavioral therapies. High end diagnostics, such as MRIs, are becoming more widely available for pets and now stem cell therapy for arthritis has crept into the pet world.

Online veterinary pharmaceuticals continue to grow but veterinarians are fighting back by dropping their own drug prices. Pet lovers want, and are demanding, the same treatment options for their pets as they can get for themselves.

5. Pet Insurance Edges Towards the Mainstream

We estimate the size of the US pet insurance market to be $271 million in premium in 2008, up from approximately $220 million in 2007 (a 23% increase) and we expect 2009 premium to reach $328 million. We project that the market will grow to $500 million by 2012. There are 11 pet insurance companies in the US selling under 15 brands. Two new companies arrived on the scene in 2008, including the Purina Pet Insurance brand underwritten by AIG.

New entrants with money is good news for the industry as bigger marketing budgets means increasing awareness for pet insurance in general. It appears that some of the largest big box non-pet retailers have backed off from plans to jump on the pet insurance bandwagon but watch for Petco to relaunch its pet insurance partership in early 2009.

If you see a rather “woolly” Labrador playing at your local dog park, it is more likely to be a planned hybrid called a Labradoodle than from an accidental litter. Hybrid dogs are muscling in on the purebred scene, much to the chagrin of some and the delight of others, and they are garnering a lot of attention from pet parents looking for something that might be the best of two breeds. Recent years saw the popularity of hybrids grow rapidly (Puggles, Maltipoos and Golden Doodles are some examples) and, as predicted last year, 2008 saw the growth of the puppy farm hybrid to take advantage of the inflated prices people are paying for these dogs. 2009 is only going to get worse in this respect.

The business environment has become much more challenging in 2008. Not only has the economy put pressure on discretionary income (what discretionary income, we ask?) but larger players are pushing into the market, looking for revenue growth. Savvy small businesses will take advantage of change to successfully place themselves uniquely in the market. Trends here include:

Larger companies are beginning to recognize the economic potential of the pet industry. Target and Wal-Mart are both expanding their pet selection and using pets in their advertising. Big box pet specialty retailers, Petco and PetSmart, are going to start to feel the pressure of the low cost alternatives breathing down their necks if they haven’t already. PetSmart has slowed its new store openings and its push into pet hotels in 2009 and has seen a drop in 2008 growth of their higher margin goods and services over 2007 due to the poor economy. These companies will rely heavily on their loyalty programs to keep their core customers from straying to the competition.

Some might say that right now is the perfect time for consolidation in the pet industry because of the incredibly low valuations but don’t expect much to happen in the first half of 2009. Not that the recession won’t have bottomed out by then but those that have cash will keep it close at hand for the time being; for those that don’t have cash, it won’t be pretty. For 2009, it’s heads down to keep the ship sailing on course; there will be very little in the way of distracting partnerships or alliances forged until the end of 2009.

Traditionally, small business sites have been set up by pet lovers with little thought on design, target audience, and content (yes, we still hear woofing and meowing on some sites when we log on!) In 2008, a whole slew of new “WebMD for pets” websites appeared, such as WebVet, PetMD, and PetDoc, and we’ll see them battle it out for the lead position in 2009.

Newer players are more sophisticated in design and ecommerce, reaching their target audience via web-site usability, SEO, paid search, and word of mouth. These websites are still in the minority of a largely fragmented pet marketplace but gives a savvy small business an opportunity to stand out from the crowd.

The power of pet-related blogs really showed up during the pet food recall in the middle of 2007. Blogs such as Pet Connection, Pet Sit USA and Dolittler continue to provide high quality commentary on all aspects of pet news and issues. The number of quality pet bloggers is growing but at a slow rate, showing perhaps that many passionate pet parents haven’t found their blogging voices yet.

11. The Divergence of the Veterinary Clinic

On the one hand, the advent of advanced human medical tests and treatments in the pet world has led to the growth in private specialty clinics. These clinics offer anything from comprehensive cancer treatment programs to advanced surgical techniques to correct knee ligament tears. The costs for these clinics are very expensive to cover the high tech equipment and staff needed but customers appear willing to pay their prices so far (likely supported more and more by pet insurance in the future.)

At the other end of the spectrum, there is good money to be made by a single veterinarian in a practice focusing on pet wellness, without the need for fancy equipment and more than a handful of support staff. You will see this divergence between wellness and accident/illness care in veterinary clinics grow noticeably over the next five years.