Do VC Investments Made in a Bad Economy Perform Better? 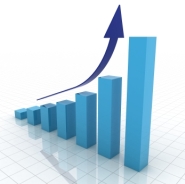 Every so often, one of my friends comes along and asks me a really interesting question, and instead of doing the work I should be doing, I spend hours trying to answer it.

Last week, Frank Peters of Tech Coast Angels (and the Frank Peters Show) asked me one of those questions. He wrote that many people were saying that now was a good time to invest in high growth start-up companies because returns are highest for investments made in down economies. He wanted to know if I had any statistics that might inform this question.

There isn’t any publicly available data that directly answers this question, but I was able to put together some numbers that provide a crude estimate. I looked at data from the National Venture Capital Association (NVCA) on the dollar value of venture capital exits through IPO and acquisition from 1985 through 2008. I matched those numbers up with venture capital disbursements from between four and seven years earlier. My logic was that this is time period over which VCs tend to hold their investments. So, on average, the value of exits in a given year represents the returns on the value of the disbursements four to seven years earlier.

(This is a crude approximation because ideally I would have looked at the actual returns for investments made for each cohort year. However, those data weren’t available.)

I calculated the multiple of the value of the exits to the disbursements for four, five, six and seven years earlier. I focused on the average multiple across the four-to-seven-year period and the five-year multiple to make the analysis straightforward.

My final step was to get the data on annual real GDP growth for each of the disbursement years from the Bureau of Economic Analysis and correlate the real GDP growth rate to the exit multiple on disbursements made in that year. I calculated a rank correlation because the multiples are extreme for 1999 and 2000. The Spearman rank correlation between the multiple and GDP growth were -0.49 for the four-to-seven year average and -0.45 for the five-year average. (Both were statistically significant numbers at the p<0.05 level.)

I don’t have any evidence for why this investment pattern exists. It could just be that the economy is cyclical and venture capital investments made in bad years tend to reach the exit stage when the economy is doing well. Or it could result from lower valuations of companies made in worse economic times.

In any case, the fact that VC investments made in a bad economy turn out to be good investments suggests the value of the adage “be greedy when others are fearful.”