Startups and Sole Proprietors – How Does Your Area Rank?

Does your area have a lot of sole proprietors — have you ever wondered?  And what about startups — will you find other startup entrepreneurs in your chosen city?

Using the ZoomProspector website I ran some heat maps that show concentrations of sole proprietors and startups across the United States.  The results were surprising. 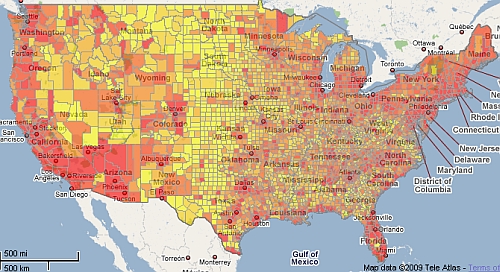 For comparison, I then ran a heat map showing the population density across the U.S.: 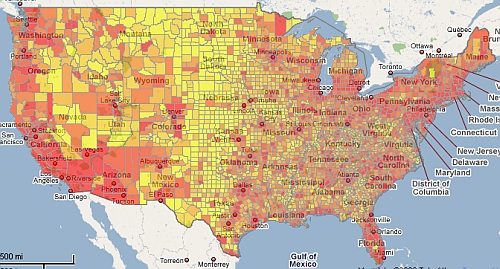 As you can see, the two maps look almost the same. At first I thought there was a mistake. But upon closer examination I do see some slight differences.  What this means is that sole proprietors are pretty evenly dispersed in ratio with the population density. Sole proprietors truly seem to be representative of America, insofar as location.

Then I ran a heat map showing startups per 10,000 people.  It shows a much different picture: 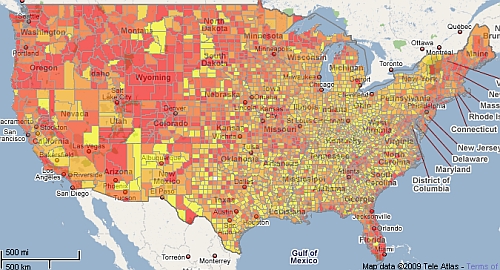 You may not be surprised by the concentrations of startups on the coasts.  However, all those wide open spaces in the Western states do seem to attract more than their share of entrepreneurs starting businesses.  And surprisingly, there are fewer startups per 10,000 people in places like Silicon Valley, than in places in “the middle of nowhere,” as the saying goes.

Who says you have to be in Silicon Valley to start a business?

To see what else you can do with the information in the ZoomProsector site, I’ll point you to John Tozzi’s article at BusinessWeek.com called “Best Cities for Startups.”  Using the site, BusinessWeek gathered together 11 data points to come up with the rankings for their take on the best city in each state to start a business.  The factors they looked at were:

You may just be surprised. For instance, in California, it’s not San Jose or Cupertino or Palo Alto or San Francisco that BusinessWeek rates as the best city for a startup. It’s Irvine.