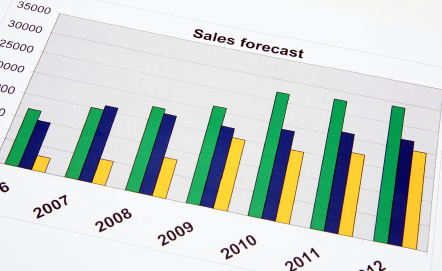 Okay, so even I’m getting tired of talking about Twitter at this point, but a new article from AdAge claims that Twitter could be the killer application SMB owners have dreamed about. And to make things even more exciting, the article comes complete with something most social media hype pieces don’t – actual stats and data!

According to AdAge, Naked Pizza, a “healthful” New Orleans pizza shop, recently began using Twitter to market their company and build a following online. The article doesn’t go into too much detail about how exactly Naked Pizza used Twitter, but it does reveal that on an April 23rd test run, sales from Twitter made up 15 percent of the day’s earnings. Not a bad number.

I went ahead and took a look at Naked Pizza’s Twitter feed and it’s clear why it’s been successful. It’s friendly, engaging and full of content that customers would naturally want to pass around. They’re highlighting loyal customers, sharing positive word of mouth and, all in all, creating a community around health conscious folks who also really like pizza. They’ve found their story and they’re bleeding it from their Twitter account. Naked Pizza is doing Twitter and social media right.

The power of Twitter for small businesses rests in two things: Its immediacy and the ability to target people in your geographic location. Twitter for SMBs is about being social and looking local. You want to zoom in on the demographic that would be most interested in your product and then reach out to them.

Reach out by using tools like Advanced Twitter Search, Twitter Grader and Twellow to find people interested in what you do and who also happen to live in your area. Once you find them, follow them and start up real conversations. Show them you’re there for them. Make the conversation focused on their needs.

This is something Naked Pizza Co-Founder Jeff Leach has been able to do really well. He was able to use Twitter to only target people within a three-mile radius of his store. He could tweet immediate lunch, send alerts, offer coupons for Twitters, respond to questions, etc. He also invested in a billboard near the store that actively publicizes the company’s Twitter handle – a move bold enough to earn Naked Pizza some TechCrunch attention.

To help small businesses get their feet wet in Twitter, AdAdge offered up five tips for local businesses. You can get the full dirt on each over at AdAge, but here are the highlights:

The key for small businesses is to establish some social media planning beforehand and find ways to take the relationships you’re forming on Twitter and move them offline. You can follow tweetup to learn about “Twitter meetups” happenings in your area or try to organize one yourself simply by reaching out to your followers. While online networking is extremely powerful and can open up many doors, there’s no denying the power of a real face-to-face meet up where your customers can see who you are and learn about you in your element.

If people are becoming energized about your brand online, organize an event to bring them in and meet other local fanatics. Offer deals and other special incentives for those who heard about you online to make it official in store, in person. Have inventory you need to get rid of? Throw a Twitter Night party and make it all exclusively available to them. The more you support your community and help them to find one another, the stronger community you’re going to have. And that kind of word of mouth spreads like wildfire.