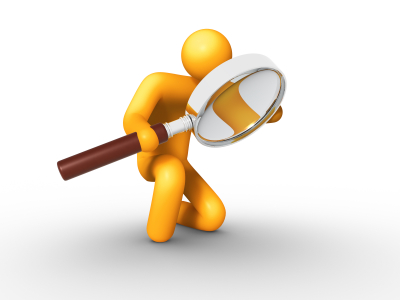 [Note: I wrongly quoted the study this morning when I said that nearly 90 percent of SMB owners quit their paid search campaign within 6 months. The true number is closer to 60 percent.The post has been edited to reflect the true statistics. I very much apologize for the error.]

Well, this is sad. A new study from Borrell Associates found that nearly 60 percent of small business owners quit their local paid search campaigns within 6 months of starting, saying they are unhappy with the results and can no longer justify the costs.

I think there are a couple of reasons for the sour stats.

First, SMB owners are unsure of how to run a paid search campaign so they purchase their ads from overaggressive resellers. These resellers sell them on “guaranteed click” programs, making big promises about what they can offer, and then fail. The SMB owners, no longer able to justify the investment and high click costs, are forced to back away and abandon their paid advertising campaigns almost immediately after they start.

Borrell CEO Gordon Borrell also blames the affiliates that are marking up the search ad prices they charge local advertisers to increase their commissions. Local advertisers aren’t generating enough leads to justify what they are spending, causing them to drop out. Furthermore, the resellers are charging local advertisers based on how many thousands of clicks they can drive to their Web sites. But those clicks are often worthless if they aren’t from the right kinds of customers.

The last part is really the heart of the issue.

Small business owners are being sold on a program that is virtually worthless because it is focused on the number of clicks, and not attracting the “right” clicks. Uninformed SMB owners shell out the money for these “guaranteed” programs and then don’t realize their ads are being run on second or third-tier ad networks where their customers aren’t naturally hanging out. After a few months go by, the SMB owner either fails to get the number of clicks promised, or if they do get the clicks, they find the traffic they received is unqualified because the ads weren’t targeted properly. And then they give up.

The other reason small business owners quit paid search so quickly has to do with education.

Running a paid search campaign is a big investment. There’s new keyword research to do, you have to craft landing pages, and before all that, you need a Web site! Several of the study respondents admitted they didn’t even have a Web site they were tying their campaigns to. Ouch.

However, you can be successful in your paid local search efforts, especially with the number of free tools available to help them started.

If you’re going to run a local search campaign, I’d recommend the following:

Local search can be intimidating for a lot of small business owners who don’t have the time and resources to invest in it. However, there are real opportunities there for small businesses in paid search if you take the time to learn what works.

Is your SMB using paid ads to attract customers?