What Can SMB Owners Learn From #moonfruit? 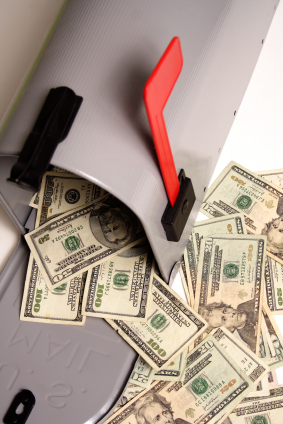 A weird thing happened to Twitter in early July. It was called #moonfruit and it grabbed on to users attention and refused to let go. If you’re a regular Twitter user, you undoubtedly know what I’m talking about because you watched your friends tweet the seemingly cryptic phrase over and over again. You may have even tweeted it yourself. If you’re not on Twitter, then congratulations. You’re now just as confused as we all were the first time we heard it. Either way, listen up, because there’s a lesson here to be learned for all of us.

First off, what the heck is #moonfruit? Well, it now means a couple of things.

On June 30th, Moonfruit decided to celebrate its 10 year anniversary with a contest giveaway. Ten Macbook Pros would be raffled off for a series of 7 days (originally 10) via a random drawing. To win one, all you had to do was tweet the phrase #moonfruit and follow the company’s Twitter account to wait for the daily winners to be announced. The terms were simple and the prize very attractive. Prepare for takeoff.

And boy did it takeoff. The result of the contest?

The phrase “moonfruit” was among the top Twitter Trends for a week. It was retweeted more than 10,000 times every hour, with more than 200,000 posts a day. At one point it captured 2.5 percent of Twitter’s overall traffic and beat out topics like Michael Jackson, Iran and Wimbledon. The Twitter account now has more than 35,000 followers and traffic to the site has jumped eight times over.

Basically, you can say it exploded. The contest put the 10 year old company in the eyes and minds of an audience they probably never knew existed. They became relevant and interesting, with hundreds of thousands of potential customers tweeting the seemingly cryptic phrase multiple times a day. Based on the number, it seems Operation Moonfruit was a success, but there are some strong takeaways, good and bad, for business owners who care to look.

So, what did #moonfruit teach businesses about contest marketing?

Plan for rabid success: When you launch a campaign, plan on it being successful. Tell yourself it’s going to take off on a wide scale and prepare for it. Maybe it will be, maybe it won’t, but this way you’ll have your tail covered for the day it does. Unfortunately, Moonfruit didn’t do this and ended up running into a few problems. For example, they vastly underestimated the number of users who would be vying for the Macbook Pro and made the barrier to entry far too low. As a result, they had a very difficult time trying to manage the hundreds of thousands of tweets that came in. They also didn’t discourage people from retweeting the phrase more than once a day, which didn’t win the brand friends with Twitter or those not interested in the contest. The purpose of your contest is to get attention, not to annoy potential customers.

Create a way to hold on to new visitors: When the #moonfruit giveaway ended last Friday, the conversation about them immediately stopped. They fell off Twitter’s Trends list and lost thousands of followers from the @moontweet Twitter account. Where Moonfruit’s contest marketing failed was that they didn’t come up with a way to leverage what was happening and use the attention. It became about the contest and not bridging that for the future. People were there for the free Macbook, not because they cared about the company, and Moonfruit did nothing to change that. They’ll never get back all those eyeballs.

Stay on top of the conversation: Though the campaign looked very successful on the outside, not everyone appreciated it. Twitter began removing #moonfruit from its trending topics simply because they didn’t like what was happening. There were also users who were confused as to what was going on and those who viewed the constant barrage of #moonfruit tweets as nothing more but spam. I was actually impressed at how well the folks behind Moonfruit did trying to handle all the communication that came in, responding via Tiwtter and their blog. They did their best to stay on top of it and tweak things based on complaints, and that’s something you really need to do when you’re running a big marketing campaign. That’s how you keep the conversation good without letting it turn angry or disgruntled.

Have a great prize: If we learned anything over the past two weeks it’s that if you offer a great prize, people will line up for it and jump through whatever hoops you lay in front of them go get it. The rapid excitement over a potential free Macbook Pro was just thatrabid.

What did you think of Operation Moonfruit?