How One YouTube Sensation Spurs Entrepreneurs to Create Follow-On Videos 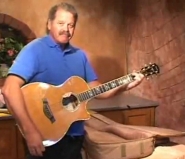 Not long ago I wrote about the YouTube video sensation called “United Breaks Guitars.”  It’s a creative customer complaint in the form of a music video by a professional musician against United Airlines.  (See “YouTube: Where Customers Get the Last Word.”)

The interesting side note about this video is how it has set the stage for entrepreneurs pursuing business opportunities.

First of all, it has given the musician involved more publicity than he probably ever dreamed of.

But on top of that, several enterprising entrepreneurs have created their own “related” videos in response. They’ve obviously spotted business opportunities. They are building off of the interest in the original video, to get some visibility for their own businesses.

We’ll take a look at some of these follow-on videos.

For those of you not familiar with the original “United Breaks Guitars” video, professional musician Dave Carroll’s beloved $3,500 Taylor guitar was broken by baggage handlers on a United flight from Nova Scotia to Nebraska.  Months of frustrating attempts to get compensation followed.  Eventually the final word came down from a Ms. Irlweg at United.  It was “no.”

Dave Carroll then decided to do what musicians do best.  He wrote and performed a song — and a mighty good song it is.  It’s a country song with a catchy tune and even catchier lyrics.  A video of him performing the song was professionally filmed, incorporating some nicely-done humor. Then it was put up on YouTube.  As of this writing (just shy of 3 weeks after being uploaded), it has had over 4 Million views.

What professional musician, hoping to just make a modest go of it with 1000 true fans, wouldn’t kill for an audience of millions?  By channeling his creativity, Dave Carroll managed to sow the seeds for his own “big break.” If you read the comments posted on YouTube, many viewers had never before heard of Dave or his band, Sons of Maxwell.  Now they have.  Even though he says he never imagined the video would get so many views, his misfortune has brought him and his band much publicity and name recognition.

But just as interesting in a different way are the other businesses that seized opportunities.  I am all for free enterprise, so when I talk about this subject, I mean it mostly in a positive sense.  The way I look at it, United Airlines may be helping out a slew of entrepreneurs by their action in denying Dave Carroll’s claim, because they set the stage for his video and then the follow-on videos.

I think there’s a lot to be learned here by any entrepreneur about how to use video to effectively catch a ride off a sensational hit and publicize your own business.  Here are some of the follow-on videos I’d like to point out and the techniques they used:

1.  CaseExtreme.com — In the tradition of Bill Mays and pitchmen everywhere comes this entertaining infomercial by the inventor of the Clam CaseXtreme, a flight case to protect musical instruments.  In the video the inventor beats the case with a hammer and even jumps on it.  When speaking about the strap to close the case, he uses lines like this: “It takes the same licking, keeps on clicking.”  A title superimposed over part of the video says “United should rent these to customers.”  It’s just campy enough to make you smile, but not so corny that it loses credibility.  So if the infomercial approach appeals to you, you might check this one out — it’s embedded here:

2.  TakeLessons.com — Someone named Steven at TakeLessons.com, a music lessons company, filmed a video in which he said that in solidarity, his business would cancel flights on United.  And then he offers  to let Dave Carroll use his Taylor guitar any time he is in the San Diego area.  It’s an understated approach from a marketing perspective, but the video has gotten close to 45,000 views so far.  What this one does particularly well is make the URL of their website very very visible next to their video.

3. Taylor Guitars — Taylor Guitars, the manufacturer of the guitar that was broken by United baggage handlers, got a lot of unexpected publicity, too.  I’m not sure I had ever heard of Taylor Guitars before — now it’s the first guitar brand name I think of.  Taylor Guitars invited Dave Carroll to their factory for a tour, and set up media interviews for him while he was there — a practical gesture and “thank you” to help him get even more publicity.  But on top of that, Bob Taylor of Taylor Guitars put out a nice, one-to-one video on YouTube with helpful tips for air travel, with a low-key pitch for their guitar repair services.  Very effective, in my opinion, for any service-based business.

4. Latriciawhiteagain — Latricia is a comedian with her own YouTube channel.  She does a funny, stand-up comedy routine where she plays “Ms. Irlweg,” the United employee mentioned in the original video.  Some notable lines from her routine are “That’s it!  Put the blame on Irlweg!” and “Who do you think baggage handlers are?  They’re people from the Olympics – the shotput team.”  For a comedian, this is a good way to advertise your capabilities.  I hope Latricia gets a gig or two out of her video.

5. Cessna154 — Cessna154 is the handle of an aviation enthusiast who filmed a simple verbal response.  It appears as if his revenue model is to make money from Google AdSense ads embedded at the bottom of his video and elsewhere on his YouTube channel.  For an Internet entrepreneur, this suggests some possibilities for making money online.

6. A motley crew of the remainder — There are several other videos that launched off of the original video.  There’s the improv actor whose handle is jeebee25 with over 95,000 views of his improv routine called “Inside response from United Airlines.”

Then there’s the video pitching the United Breaks Guitars T-shirts (it’s not affiliated with the Sons of Maxwell band).  I won’t link to it or the website it directs you to, because the website looks suspect.  It’s not clear that if you pay your $14.95 a T-shirt will actually be forthcoming (hey, scams are a form of “business” too, I guess).

And finally, there are some rather pointless videos including one that shows nothing but the lyrics to the song.  Another features painfully-slow scrolling text suggesting you create a country line dance — making it clear that some people have way too much time on their hands.

What does all this mean to you?  Well, if you run a business or are aspiring to grow your profession, and you spot a similar viral marketing sensation like “United Breaks Guitars” in the future, remember that it just might be an opportunity for you to create your own “related” video and build off of the visibility.  Study the examples above.  Learn from them.  Incorporate the things that strike a positive chord with you as a viewer.  Avoid anything that comes across as cheesy, too blatantly commercial or just annoying.  And let the creativity flow ….