Is Buying A Franchise Really Buying A Job? 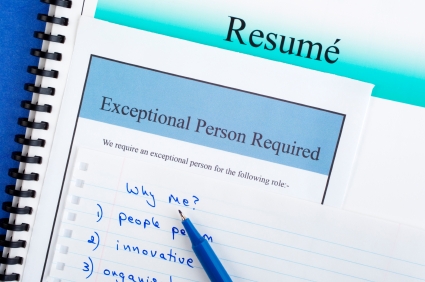 One very popular question that’s asked of me during the numerous seminars I give on franchise ownership is this one:

“Aren’t I really just buying myself a job, when I purchase a franchise?”

The answer that I have been giving as of late may surprise you:

“What would be so bad about buying yourself a job today?”

As of this writing, the unemployment numbers are staggering. The U.S. Bureau Of Labor Statistics stated that the national unemployment rate was 9.4 percent in July 2009, seasonally adjusted, little changed from 9.5percent the prior month, but up from 5.8 percent a year earlier. Total nonfarm payroll employment decreased by 247,000 over the month and by 5,740,000 from a year earlier. 14.5 million people were unemployed as of July 2009.

If you are one of those 14.5 million people, does buying yourself a job sound all that bad?

Although “buying yourself a job” is really not the goal of most prospective franchise buyers, you are guaranteed one thing: you can’t be downsized.

Most of the folks that I consult with tell me that the one thing they want more of is control. They want to control their own future. They also tell me that it doesn’t seem to matter how good they are in their jobs. If they happen to work for a large public company, it seems to them that the price of the stock dictates their job security. Payroll always seems to be the first thing that’s cut.

So what is your new career path going to look like? Chris Brogan, a social media guru, and a guy that I have been following a lot the past year and a half says this:

“The thing is, there really never was a career path for you. That was something for your dad, or you about four careers ago. But those paths are gone. There’s not really even an indent any more where they were left. So, let’s just level with you now: congratulations. You’re the president of your career.”

I think he’s right. A couple of years ago I attended a talk given by Steven Little. In it, he said this:

Maybe the folks that are out there “buying jobs” are on the right track. I’d like to share some examples of franchise opportunities that one could say is exactly like buying a job:

Do those five examples (and there are many more) give you a better idea of what I mean by “buying yourself a job?”

The franchises I have named could be great opportunities for the right people. If you desire freedom and control (not total control, but much more control than in a corporate setting) then these low-cost, one-person franchises could be one way to secure your future. Even if you have to buy it.

About the Author: Joel Libava is President and Life Changer of Franchise Selection Specialists. He blogs at The Franchise King Blog.

Joel Libava is the Franchise Expert for Small Business Trends. Joel, The Franchise King®, equips today’s prospective franchise owners with time-tested, proven techniques designed to increase odds of success. He does this through one-on-one coaching, and gobs of useful content that can be found on places like Small Business Trends, SBA.Gov, and his award-winning franchise blog, The Franchise King Blog . He’s been featured in Entrepreneur® magazine, and is frequently called upon by national media outlets and publications for his no-spin insights into the world of franchising.
17 Reactions
Subscribe
Follow @smallbiztrends
RSS LinkedIn Pinterest iTunes