Crystal ball gazing can be a popular pastime at year end. It makes sense; we are all overcome by that Janus impulse to look at the year that is over and the new year that will soon be upon us, in a re-enactment of rituals of passage that are older than time.

All the experts weigh in with their predictions at that time of year, too. They let us know what the coming year will bring in their particular area of expertise.

It’s a fairly easy thing to do, after all. For a lot of people, those predictions alone can cement your place as an expert in their minds.

Even better, it’s pretty rare for anybody to go back and check your predictions for accuracy.

Of course, if you manage to avoid those “put up or shut up” moments, your value as an expert is somewhat compromised. At that point, you have to just hope nobody notices – and that’s no way for an expert to have to live. 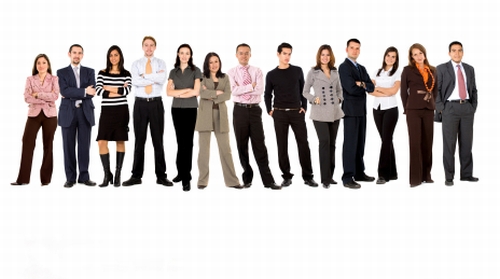 So, in the interests of establishing my bona fides as an expert (in addition to the fact that I just like you guys a lot), I have decided to indulge in an accountability moment. I direct your attention to my January 11, 2009 article, “Top 5 Microbusiness Trends for 2009.”

I got the idea to do this, by the way, from a communication I received about this White House report, which covers a variety of topics including where the future of the job market is heading over the next decade or so.

Top of their list are health care and energy, which also happened to be the top two industries cited by yours truly as the best opportunity sectors of 2009. I think it’s pretty safe to assume that, if the economists think these two industries will be producing a lot of jobs, there will be plenty of revenue opportunities there for firms, too.

Fancy that. The White House Council of Economic Advisors has vindicated my prediction. Not too shabby.

In that article, I also predicted another spike in microbusiness numbers during the 2008-2009 period, with nonemployers continuing to lead the way. Thanks to the data lag, we won’t know if I was right about that for another year or two but the signs are propitious.

If I was wrong about anything, it is the fact that the nonemployer (e.g., sole proprietor) population spike began back in 2007, a year earlier than I thought it would. Given what has happened in the job market since then, there is no reason to imagine the growth in nonemployers has slowed down.

Not much to say about microbusinesses and social networking, except that it looks as if I was right to call it a trend that shows no signs of slowing down. And, also as I predicted, the avalanche of small business owners turning to social networking as a low-cost or no-cost marketing method has spawned a whole new industry in social network consulting.

I wish I could say that my prognostication of more attention from lawmakers showed signs of coming true. I’m sure that by now you think my continuing to blow hot air in this direction is nothing more nor less than wishful thinking at this point.

Ah, but it ain’t necessarily so! And while there haven’t been any hearings scheduled to look into the finer points of firm size standards, there has been more attention focused on microbusinesses this year than we’re used to seeing on Capitol Hill. Interestingly, however, that attention is not coming from lawmakers.

Now, suddenly, trade groups are bragging about how tiny most of their members are. Even representatives from the Hispanic Chamber of Commerce and the National Federation of Independent Business are singing Hymns to Microbusinesses.

As I said in my original article, somebody has to roll that snowball off the top of the hill. I suppose it was too optimistic of me to imagine that somebody was going to be a politician.

But then, of course I’m optimistic! I’m a microbusiness owner.

About the Author: Dawn Rivers Baker, an award-winning small business journalist, regularly reports and analyzes small business policy and research as the Publisher of the MicroEnterprise Journal, where the nation’s business meets microbusiness. She also publishes the Journal Blog.