Can You Hire People To Be Social For You? 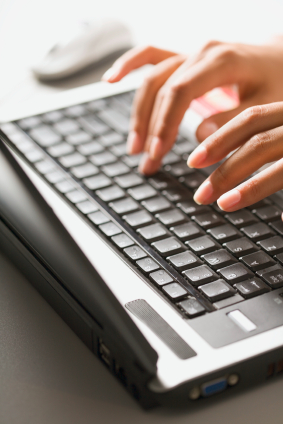 Customers like social media. They like having a way to engage socially with the brands they love. They like getting immediate answers to their questions. They like seeing the human element behind the brand. All the daily encounters. Social media is made for the consumer. But what if you’re a small business owner who either doesn’t have time to engage in social media or who, frankly, just doesn’t want to? Is it possible to farm out the task to someone else?

You can. But you maybe shouldn’t.

Here’s the thing, the best social media experiences happen when someone is able to relate to your brand in a real way. It’s when you can reach out to them, help them solve a problem, and learn a little bit about them in the process. It’s about creating relationships that you’ll be able to call on and leverage in the future. And you’re going to have an easier time doing that as you, then getting someone else to do it in your name. You’re also likely to learn a lot more.

The basis of social media is transparency. It’s about exposing a bit of yourself to your customers so that they feel like they “know you”, that they can “trust you” and that you’re someone they want to do business with. The purists of social media (myself included) will always tell you that this is best done as “you”, not by farming it out.

However, sometimes to stay efficient and profitable, it may make more sense for you to hire someone from outside your organization to blog, tweet and to act as you in social media. Sometimes asking someone else to do it in your name is better than not doing it at all.

If you’re going to go down this path, make sure the person you hire is there to represent the company, not a specific person who’s actually on staff. They should be engaging customers as “Joe’s Flowers” not “Joe Smith from Joe’s Flowers”. Creating a fake avatar or allowing someone to blog under the name of your CEO probably won’t win you friends when it’s discovered and your name is dragged through the blogosphere. However, if you’re that florist, it may be possible to contract someone who is interested in the industry and then hire them to tweet on your behalf. They already share the same passions as you, they’re competent in the subject matter and they’ll probably enjoy engaging with people who are “like” them.

And that really is the best case scenario. That’s how you get someone who will be engaging, infectious and draw people to them. Basically, they’ll enjoy the time spent instead of resenting it.

If you do contract out your social responsibilities, make sure the person you hire understands the company culture, what they are and are not allowed to say, and the appropriate way to handle customers and complaints. You wouldn’t want to invest the money into paying someone to tweet as you and then have them go off the handle and insult all your customers. Whoever you hire will be representing you and your company on a large scale. Make sure they’re doing it accurately.

The issue of ghost bloggers and ghost tweeters is a contentious one at the moment. If you’re interested in the topic, the folks at Social Media Explorer had a great post about the ethics of ghost blogging that’s definitely worth a read, as well.