Forget Your Big Idea. Be Simple. 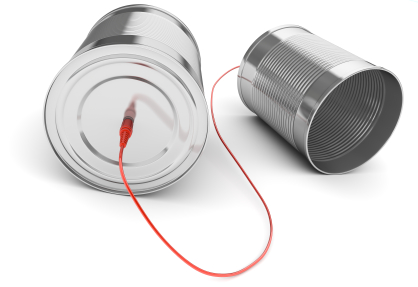 ICanHasCheezburger.com is a site based solely off user-generated content (i.e.,  content they didn’t create) and has achieved 1 Billion pageviews in its two years of existence. The book based off the concept was an instant New York Times bestseller and the second in the series is due out soon.

Oh, and if you’ve never seen it, icanhascheezburger.com is a site dedicated to displaying silly cat pictures that users can adorn with even sillier nonsensical captions. Yes, that was someone’s  BIG dollar idea.

Ben Huh, the guy behind the site, spoke at Search Marketing Expo yesterday and shared with the audience the two reasons why the site is a success.

I think a lot of small business owners forget to be simple. They think that in order to compete with the guy down the street that they have to be bigger and more impressive. That to be taken as seriously as the Best Buys or the Staples they need to offer a full line of products and amaze people with their sheer size. Somehow in the business world we’ve decided that size = credibility and authority. But that’s not true.

Your idea doesn’t have to be big. It has to be simple.

During yesterday’s keynote at SMX, Ben noted some other companies that have leveraged this idea of “simplicity”:

That’s what people are looking for. The Internet gave us the ability to reach millions in one shot. It changed the way a lot of businesses operated. It dared them to come up with the biggest idea they could and then market it to everyone. That’s rarely where success is found.

Instead, find the simplest idea you can and then market it only to those people who would be interested in the service. That’s how you find a loyal community, one that will grow and become viral. It’s also how you put yourself in the position to be able to make complicated products down the road. Ben asserted in his keynote that the reason Google can stick its hand into everything and release a slew of different products today is because, for awhile, they only did one thing well. They did search. That bought them the freedom to be where they are now.

You’re not Google and you don’t have to be. Instead of trying to do more than your competitors, figure out how to simplify what their throwing extra steps into. There are a million free services out there – Google Apps, WordPress, Skype, YouTube – that have made it easier to be “simple” without a lot of overhead. Take advantage and make it simple for people to find happiness. That’s what they want. And that’s what they want you to give them.

If you want to be better than your competitors. Don’t figure out how you can one up them and add extra features to their services. Instead, strip them down. Make them easier. That’s what we’re all looking for. A way to make it easier. Whatever that “it” happens to be.

Editor’s correction note:  actually it wasn’t $1 Billion in revenue as originally noted, but 1 Billion pageviews and a multi-million dollar business, and the post has been updated accordingly.   Still – EXTREMELY impressive for such a simple idea.