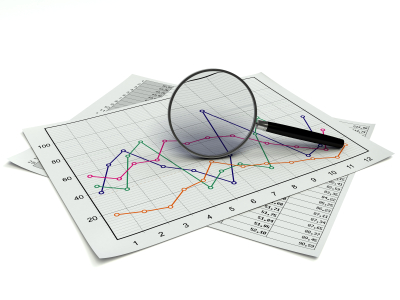 Earlier this month we told you about the Business.com study that looked at how business professionals were using social media. Well, a newly released 58-page companion report attempts to evaluate the same results from the perspective of business-to-business (B2B) company execs, professionals and agencies. The reports breaks down the most important social sites to B2B execs and agencies, how they determine social media success and the tools they’re using to bring it all together. There’s a lot of great information in the actual report, but here are some of the highlights I was able to pick out.

What types of social media are B2Bs using?

It’s worth noting that everyone questioned in the study is already using social media for business, either as a resource, to engage in initiatives or both. So the usage curve is probably higher than normal. According to the study, people from mid- to large-sized companies (100 employees or more) were far more active in social media than people from smaller companies.  I found that to be rather surprising.

The only area where SMBs owners did outrank their larger counterparts was in reading user ratings and reviews. The survey attributed this to SMBs not having a “more formalized purchasing process. The survey found no difference in how large and small companies used online communities or business Q&A sites.

As far as industries using social media, I was really surprised to see so much social media adoption. Though the individual numbers varied for different categories (Advertising, Internet, Financial, Retail, etc), in most cases more than 50 percent of businesses were at least engaging with their company’s personal social media entities.

The ‘Who’ and ‘How Much’ of Engagement

Who: For both B2B and B2Cs it’s the Marketing department(76 percent B2B, 63 percent B2C) that are primarily responsible for social media efforts, with Customer Supporter, Product and Other making up the rest. As for experience levels, the study found that the B2Bs overall have more experience with social media than their B2C counterparts. Thirty percent B2B respondents have less than one year of business social media experience (versus 35 percent for B2Cs). That said, more experience doesn’t mean more knowledge – both B2Bs and B2Cs consider themselves “new” to this social media for business thing.

Overall, B2Bs are more active in social media than B2Cs, with 81 percent of B2Bs maintaining one or more accounts on sites like Facebook, Twitter or LinkedIn. They’re also much more likely to engage in micro-blogging on Twitter than B2C companies.

What do they use as success metrics?

Facebook, Twitter and Linkedin Groups are the most common sites where B2B’s manage profiles, which doesn’t differ from their B2C counterparts. Very interesting, though, was that 71 percent of B2B’s participate in LinkedIn Answers, as opposed to just 41 percent of B2Cs. Sounds like businesses are more interested in establishing expertise, where B2Cs are looking more to interact with prospective customers.

Not at all surprisingly, the study found that Twitter Search, Google Search and Google Alerts were the most popular was for B2Bs to track the conversation going on. These tools are all also free and easy to set up, going back to the education and experience levels mentioned above.

While there were several categories were percentages where significantly different for where B2Bs were spending their time and seeing value compared to B2Cs, it really feels like everyone’s still trying to figure out what works best for them. B2Bs are playing more in the professional areas like LinkedIn, LinkedIn Answers and using Twitter Search for research, where B2Cs are more relationship-oriented and using sites like Faceook , Yahoo Answers and even MySpace.