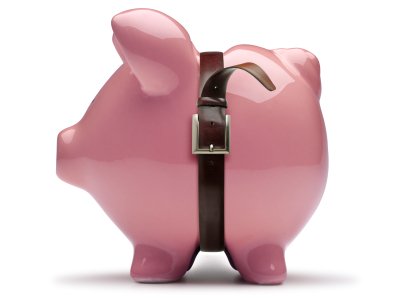 Earlier this week, we shared the results of a study from VerticalResponse, Inc. that found that more than 25 percent of respondents would not cancel their health care if given a public option. But that was only half the survey. The rest of the survey quizzed SMB owners on their planned usage and spend for email marketing, social media, search engine marketing and online banner ads for the coming year of 2010.

Here’s a snapshot of where SMB owners said they would and would not be spending their budgets.

I’m not sure whether it’s impressive or just intuitive that many SMB owners have canceled expensive marketing tactics like TV and radio in favor of the low-cost social media and email marketing. In fact, in 2010 more than 96 percent of SMBs owners will be running some type of email campaign, with almost 75 percent upping their spend this year. That’s a pretty big endorsement for something a lot of people feared was dead.

On the social media side, the increased spend signals that SMB owners are getting more comfortable and confident using the channel. According to the survey, 35 percent of all respondents say they plan to increase their use of social media “by a little”, while 33.3 percent plan to increase it “by a lot”. That’s nearly a 70 percent increase overall. Tools like Twitter and Facebook have given SMB owners an incredible way to connect with people that traditional media could never provide. Now that we’re starting to see real successes with proven ROI, social media isn’t the mystery it once was. As a result, business owners feel more confident allocating budget spend to these new areas.

One of the most interesting questions posed in the survey asked respondents to identify what they felt would be the MOST important tools for SMBs in the New Year. According to the survey:

I thought it was pretty interesting that though search engine marketing was named the most important tool for success with 23.8 percent, an equal percentage said they wouldn’t be taking advantage of the paid search opportunities through the search engines in 2010. We’ve mentioned before the battle small businesses have with paid search and it doesn’t sound like it’s getting much better.  However, most businesses that are experimenting with paid search seem to be keeping their budgets as is – neither increasing nor decreasing their spend.

I was lucky enough to have a chance to look over the full study thanks to VerticalResponse PR Manager Jo Large and I was really surprised with what I saw. Small business owners aren’t just sticking with things like traditional banner ads or local radio spots. Instead, they’re digging into the cost-effective ways to get their message out there and connect with customers. They’re ramping up their email newsletters. They’re engaging and experimenting with social media. They’re looking outside the box for greater rewards. It’s just more proof something we already knew – SMB owners are incredibly savvy marketers.