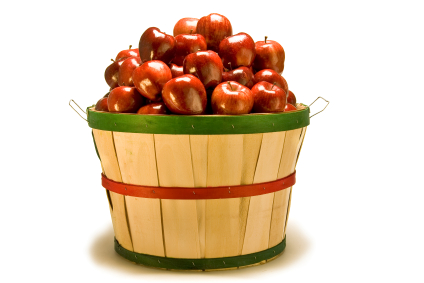 The numbers show that companies will invest more resources into social media in 2010 as a way to market themselves and find new customers. And that trend won’t exclude small business owners. SMB owners who have previously ignored the medium completely will find themselves entering the fold. And those with history in social media will be looking for new ways to increase value.

With that in mind, below are some lessons that I’ve picked up to help small- and medium-sized business owners navigate and get more from the social media waters.

Don’t go in thinking about ROI: The Internet has always been about accountability. It gives business owners the ability to use tools to track everything from conversions to clicks to eyeballs and even patterns of behavior. And you can track social media ROI the very same way. However, don’t jump in focused only on the numbers. Give social media time to prove itself before you start obsessively refreshing your analytics. Even the most basic social media goals (build brand awareness, increase traffic, etc) will take a bit of time to develop. If you go in eyes staring at the numbers before you even developed a following or community you’re going to be disappointed. However, the ROI is there and the average social media campaign needs at least two months to show measurable results.

Focus on the actions that matter: It’s really easy to get lost in the quest to increase Twitter followers, build blog subscribers and get everyone and their brother to become friends with your Facebook Fan page. But what are those numbers getting you? If it’s not people who are engaged with your company and folks who want to interact with you, then you’re chasing numbers that don’t matter. Instead, focus on the actions that will provide these things naturally, but also add value to your community. Concentrate on creating great content, on helping others find resources located on different sites, on forming connections by reaching out to people, and by listening more than you speak. If you take the proper steps now, the right kind of followers will come later.

Schedule time for it: You have a business to run. You can’t spend your entire day in social media. I get that and so does your community. However, do make a point to schedule in time when you can interact so that customers can trust your presence on certain sites. Put yourself on a plan for engaging. For example, perhaps you know that in a week you want to write two blog posts, spend 45 minutes commenting on community blogs, three hours on Twitter reaching out, and an hour on Facebook responding to wall messages. Schedule that into your week so that you know it’s going to get done. Make Monday your blog writing day or Tuesday the day you do the bulk of your Twittering. Planning for social media is really important and makes it far more manageable.

Seek out local prospects: We’re always talking about how big brands are using social media that we often forget how effective social media is for targeting the people in your own backyard. For example, Advanced Twitter Search will allow you to find the conversations based on location. Twellow and Twitter Grader allow you to find people in your area who share your interests. This is where social media becomes powerful – when it intersects with local. Seek out these opportunities to find real customers who are talking about or show a need for what your business does. If you’re a caterer and someone’s talking about their wedding, hop into that conversation (as a friend, not a business) and offer to help. If you’re a local mechanic, find people talking about their bad brakes or the car troubles they’re having and chime in. The opportunities to connect locally through social media are there if you’re listening for them. Start.

Look outside Twitter the box: 2009 was Twitter, Twitter, Twitter. And there’s good reason for that – lots of people are on Twitter, but that doesn’t mean your customers are. Reevaluate where your customers are hanging out this year. Are they on Twitter? Or are they hanging out elsewhere? For example, if you’re a local wedding planner, you may find that you get a lot more value creating a Flickr group to promote photos of the weddings you’ve shot or the area you live in. Chances are people looking for wedding vendors are searching for pictures and living resumes. Flickr gives you that in a way Twitter does not. Plus, by titling your photographs with the correct keywords, you give yourself a chance to show up in the SERPs when potential customers perform local queries. That’s value.

Learn from those before you: Whether it’s Frank Eliason from Comcast, Joe from the deli across the street or a teacher like Chris Brogan, seek out people who are doing social media well and watch what they’re doing. See how they’re talking to people, what actions they’re taking, how often they’re engaging, how they’re able to take online connections into the real world, etc. We’ve seen enough social media success stories that we don’t have to reinvent the wheel. You just have to see what works and find a way to make it work for your company, as well.

Take it offline: My social Web moment of 2009 was about taking the personal relationships I’ve made online, off. Your business should look to do the same in 2010. Hold Tweetups to give your Twitter followers a way to meet one another in real life. Create an in-store event through Facebook to let people see you in your element and use mobile coupons. Create focus groups of your online fans to help with new product reviews or usability testing. The people engaging with you online want to become part of your brand. Help them to do that in real life.

Those are some ways I think SMB owners can get more out of social media in the coming year. What will you be doing?