How To Get Everything You Promised Done 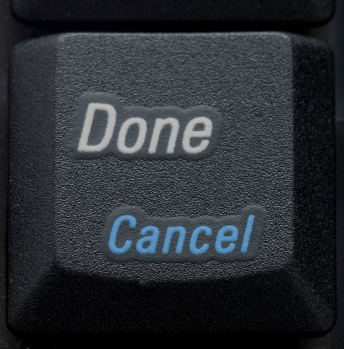 The end of the year is a great time. Not only do you have the holidays, the cheer, and good friends and family close by, you also have the perfect start date for everything. Let me provide some examples and you tell me when it sounds familiar.

When are you going to rewrite your site content? After the first of the year!

When are you going to try out social media? After the first of the year!

When are you going to clean up your site? After the first of the year!

Guess what. That’s Monday. And we’re all in the same boat. Below are some tips for how to make good on all those well-intentioned promises you told yourself, your site and your customers during the last quarter of the year.

Come January 1, all the excitement you had toward your new projects may soon turn to fear as you have to actually act on all the cool things you promised to do. Jumping into social media where people may not accept you can be scary. Retackling the call to actions on your site may be intimidating. But that’s not reason to drag you feet getting to it. Lose that attitude and let go of last year’s baggage. It’s a New Year. Anything is possible. Don’t waste time making up reasons you can’t do something.

If your plan is to revamp the content on your local cafÃ© Web site, break it down into smaller projects that are more manageable and easier to knock off. You don’t have to fix the whole site at once. Next week rewrite the Food section on your site. Then tackle the Drinks. Then Events. Then the Photo Gallery. Then the home page. Or, if your goal is to get involved in social media – start with one account on one social networking site. Don’t try to create them all at once. What’s important isn’t that you create a huge project for yourself to accomplish, it’s that you look at the year as a 12 month process and plan out your To Dos accordingly.

Put due dates on all those mini projects that you create. You may not need to have the whole site rewritten in a weekbut if you’re in same place in March you have a problem. Personally, I like to map out my year. Obviously things are going to come into play that will shift your schedule, but I like to get 5 or 6 six big projects for the year on paper and then put them into my calendar early so I know what I’m working on and when. Scheduling the work I want to get done helps make me accountable for it.

Another way to hold yourself accountable is to tell people what you’re planning to do. Announce on your blog that you’re going to be working on an overhaul of your site and adding new features. Tell your Twitter followers that you’re working on putting together a Facebook fan page. Put it the announcement of a new company blog right at the top of your email newsletters. Making your plans public (assuming you’re not giving away competitive intel) is a great way to keep yourself on track and remind yourself of the promises you made in January. It’s a lot easier to get that blog out when you know people are waiting for it.

I’m asked a lot how I blog every day. The secret is that it’s not talent or hard work or a sign that I’m even particularly good at it. It’s habit. It’s about telling yourself that from 12pm to 3pm you’re going to sit down and bust out a few blog entries. That’s how you become a small business owner who blogs. Or, if you want to become a social media maven, it’s about telling yourself that at 7pm on Thursdays you’re going to open up Twitter for an hour and talk to people for 90 minutes. The more you can develop habits for everything you want to get done, the more you’re able to make it a seamless part of your day. The secret to being whatever you want to be is to identify the actions that accomplish that, and then form the habit. That’s all you have to figure out.

The best way to keep all your promises for next year? Don’t wait until next year to start. Waiting until Monday just ups the pressure and creates more fear around what you want to get done. Bypass all that by starting now and getting a jump on the year. Maybe you’ll be able to knock a small project off your list before 2010 even starts! What resolutions have you made for your business this year and how are you going to accomplish them?