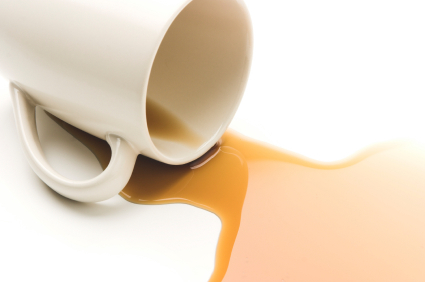 If you were one of the many small business owners confused that your Google Favorite Place decal was sending people to the wrong location, fear not. The problem should be solved within a few weeks and you don’t have to do anything.

Inside our recap of Google’s new mobile search offerings was the announcement of Favorite Places for Google – a way for Google to recognize some of its searchers favorite businesses on the Web. To promo the new feature, Google send out Zagat-style decals with QR codes on them for small business owners to place in their windows. Once affixed, someone walking by could scan the QR code with their phone and be taken directly to that business’ Google Place page to see reviews, get info and even access coupons if available. Business owners and searchers alike were excited about the new decals and trying them out.

However, upon trying them out multiple reports surfaced that the QR codes were actually taking people to the wrong business.

Barry Schwartz did an excellent job covering the issue over at Search Engine Roundtable late last week, citing frustrated business owners who found their QR codes took people to businesses hundreds of miles away or sometimes to the generic Google home page. However, after some investigation, it turned out the error had to do with a bug in the QuickMark iPhone app, which is recommended for use in the Local Business Center.

The problem was that QuickMark was generating incorrect URLs when trying to read them off the decals. As a result, when the barcode on the decal was scanned, people were being taken to the wrong locations. The folks behind the application have already submitted an update to Apple and are currently waiting for it to be approved. Once it’s approved, the decals will hopefully be routing people to the right places.

Nice to see the creators of the QuickMark app get this resolved quickly. It’s pretty unsettling when you put in your information and see that customers are being sent somewhere else. Especially since it’s not the first time business owners have had to deal with Google accidentally sending customers away. If you were concerned that your decal “wasn’t working”, you’re not alone. The problem isn’t with your sticker and should be working soon after the holidays.  If you are a Google Favorite place, Matt McGee of SmallBusinessSEM wrote a great post on how to promote it that small business owners may find helpful.

On a related note: Loren Baker of Search Engine Journal took an interesting look at Google’s 2009 mobile-related acquisitions and what Google may be up to next year in terms of local. It proves to be an interesting and timely read.