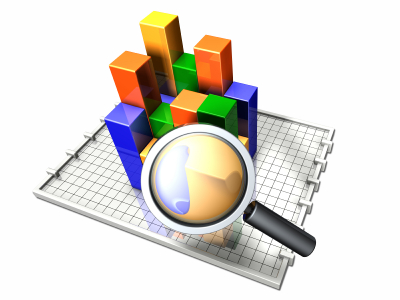 Now that the year’s coming to a close, it’s time to look back and identify the tools, trends and social media sites that hit it big with businesses over the past year. With that in mind, the Center for Marketing Research at the University of Massachusetts Dartmouth recently conducted an in-depth study to analyze the usage of social media in fast-growing corporations (PDF). The study compared 3 years of social media adoption (2006-2009) by the fastest-growing private companies in the US, as compiled by Inc. Magazine. I thought the results were worth looking at here.

How familiar are the Inc. 500 with social media?

According to the businesses themselves? Very familiar. Seventy-five percent of the Inc. 500 declared themselves to be “very familiar” with social networking tools, up considerably from the 57 percent who gave themselves the same label in 2008. The numbers illustrate that social media continues to penetrate business at an incredible speed.

However, being ‘familiar’ with the tools doesn’t necessarily mean they’re adopting them. The study found that adoption rates varied greatly depend on the technology or site in question. Twitter was a new add this year but the study found that 52 percent of businesses are already using it. Other forms of social networking and blogging also saw big growth, while tools like message boards, online video and podcasting either reached a plateau or declined. While the drop in usage for message boards seems to make sense, I wouldn’t have expected online video to drop over the past year. It seems it should have followed suit with the rise in both bogging and social media sites.

The study broke out the usage numbers, as follows:

Impressively, the study found that 91 percent of the Inc. 500 are now using at least one social media tool.

Yes! The survey indicated that businesses plan to continue immersing themselves in new social media technologies as we roll into 2010.

According to the study:

The reason for the adoption? An overwhelming belief that these new tools absolutely help businesses connect with their customers and increase sales. Though no details were given for what defines” success”, the study reported the following success rates for each medium:

It’s clear that the Inc. 500 views social media as a central part of their marketing efforts for the upcoming year.

Another point I found interesting was that 53 percent of the Inc. 500 said they used search engines as a recruitment tool, with 48 percent using social networking tools to find their next great hire. They’re turning to Google, to Facebook, to LinkedIn and to Twitter to both screen potential candidates and to help find new ones. It’s yet another way to make social media useful to your organization. Companies are also (very smartly) getting more vigilant about creating social media policies for employees to legally protect themselves from rogue staffers.

I thought the study shed an interesting light on just how prevalent social media is in today’s business environment. It’s also always interesting to see how the hot new companies are using certain tools and look for the holes that we SMB owners can try and dominate. For example, the fact that online video has taken a bit of a dip makes it even more powerful for a SMB owner to swoop in and take it over. Not only will it become an excellent differentiator but it may help you to even steal search traffic thanks to things like Universal search will are allowing video to rank above “traditional” content.

What are your impressions of the study? Do they match your own personal experiences?