Now I am not a Republican nor a Democrat, and I do not live in Massachusetts. However, it seems that no matter who we are or where we live, those of us in the United States were watching the Senate special election on January 19, 2010. I know I was watching and learning. 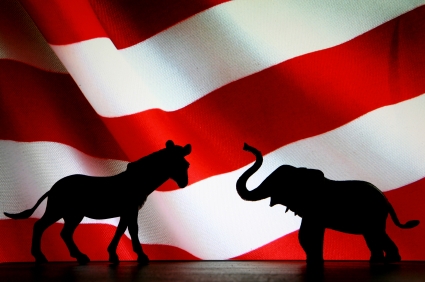 For me, there are some stark sales lessons that can be learned from the experience.

Wow! Here’s a huge lesson to learn. Why did the voters in Massachusetts vote for Scott Brown instead of Martha Coakley? Because the voters felt that Martha – possibly as a representative of the Democrat party – was trying to ‘sell’ them something they didn’t want. She wasn’t listening to them. Many of her current clients (a.k.a. voters) left her and went to the competition (a.k.a. Republican candidate) because she wasn’t selling them what they wanted. She was selling them what SHE wanted to sell them. Never a good idea.

Remember, your prospects want to buy what they want to buy, not necessarily what you want to sell them. So, listen and then respond to what they tell you. Don’t think you know better than your prospect what he needs.

According to a Washington Post article on January 23, 2010, “Nearly two-thirds of Brown’s voters said their vote was intended at least in part to express opposition to the Democratic agenda in Washington, . . .”

No one owes you business (a.k.a. votes). You have to earn business every day and all day; not only from prospects but from current clients. It seemed like Martha Coakley thought she had the loyalty of the Democrat voters simply because they were all in the same club together. But that’s not how it works in sales. Simply being a member of a group – networking, chamber, business association – is not a reason for people to do business with you.

Remember, people do business with people they know, like and trust. No one is going to trust you until you’ve behaved in a way that deserves that trust. Loyalty is a manifestation of trust and consistency. Once you’ve earned a client’s trust you have to continue to deliver in order to earn that client’s loyalty.

Overall, when we look at what happened in Massachusetts we see a vendor (a.k.a. candidate) take her clients and her prospect base for granted. How many times leading up to the election did we hear that Martha hadn’t been out visiting with consumers (a.k.a. constituents)? She didn’t listen to them, appeared to think she and her company (a.k.a. the Democrat party) knew better than her customers in regards to what they needed and wanted, and expected loyalty without earning it.

In contrast we had a vendor (a.k.a. Scott Brown) who visited with as many prospects as possible and listened to them. Then he responded to what they had to say. It seems like he had already keyed into their discontent with their incumbent vendor (a.k.a. the Democrat party) so when he spoke he was in step. That behavior helped him earn the opportunity to get the business (a.k.a. get elected). Now he will have to follow through with what he said he would do – which is what the prospects said they wanted. If he does that he will earn their loyalty and they will continue to do business with him (a.k.a. re-elect him).

As we continue to set this event into a sales scenario, the current vendor should not be surprised when her clients leave her. So, learn the lessons and make sure you are visiting regularly with your current clients, listening to their needs – and responding to those needs. This strategy will help you continue to earn the loyalty of your clients, and will help you gain more clients over time.

Diane Helbig is a Professional Coach and the president of Seize This Day. Diane is a Contributing Editor on COSE Mindspring, a resource website for small business owners, as well as a member of the Top Sales World Experts Panel at Top Sales World.
15 Reactions
Subscribe
Follow @smallbiztrends
RSS LinkedIn Pinterest iTunes