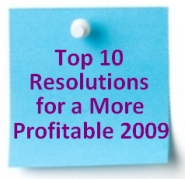 For those of you who have been reading the articles I’ve written during our current economic recession, you indeed may be wondering if I’ve lost my marbles. After all, throughout the recession, I’ve been telling you not to lower prices on your products and services.

Why the change in tune?

Because, during a recession, it’s better to keep your prices consistent rather than lower them and appear as if you are chasing the buck. However, during a recovery (which we are now in), you do want to lower your prices as money starts flowing and people ease into spending again. As consumer confidence grows, so should your business. And what better way to attract new customers than by offering them a smoking economic recovery deal by lowering your prices temporarily?

Standing on the Cusp of Recovery

Today, we stand on the threshold of economic recovery. According to the September 16th issue of The Wall Street Journal, “Federal Reserve Chairman Ben Bernanke said Tuesday that the recession was ‘very likely over,’ as consumers showed some of the first tangible signs of spending again.” As small business owners, it’s now time to move out from under the cloud of fear and stand beside the banner of recovery.

Do you remember the 1983 film Mr. Mom, starring Teri Garr and Michael Keaton? In the film, Jack (Keaton) and Caroline (Garr) are married with three kids and living in the suburbs of Detroit, Michigan, during the 1980s recession. As the movie opens, Jack has just lost his job in the auto industry and Caroline has been hired by an ad agency, forcing Jack to trade roles and become a stay-at-home Mr. Mom.

“All of us here at Schooner Tuna sympathize with all of you hit so hard by these trying economic times. In order to help you, we are reducing the price of Schooner Tuna by 50 cents a can. When this crisis is over, we will go back to our regular prices. Until then, remember, we’re all in this together. Schooner Tuna. The tuna with a heart.”

How to Lower Your Prices with Dignity and Strength:

Today, you are standing on the launch pad of success. The recession is over. The pendulum has just started its swing toward economic recovery. That means that things are about to take off for you as a small business owner and for the world as a whole. Now is the time to lower your prices-not six months from now. The moves you make while on the cusp of recovery will determine where you’ll be standing one year from today when our economy is stronger and job security higher.

Editor’s Note:  this article was previously published at OPENForum.com under the original title:  “Begin Your Economic Recovery:  Lower Your Prices Now!”  It is reprinted here with permission.

Dr. Susan L. Reid is a business coach and consultant for entrepreneurial women starting up businesses. She is the author of "Discovering Your Inner Samurai: The Entrepreneurial Woman's Journey to Business Success." Her website is Alkamae.com.
16 Reactions
Subscribe
Follow @smallbiztrends
RSS LinkedIn Pinterest iTunes