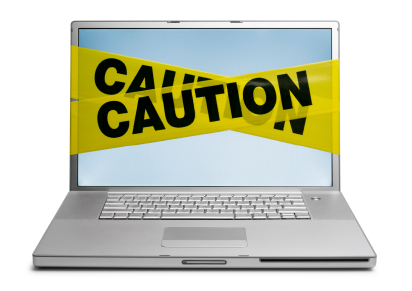 Another week brings some more troubling news for small business owners and the state of their Google Local Business listings.  There are two somewhat concerning stories that have sprung up as of late that you should be aware of. If only so you can make sure you haven’t been affected.

Here’s a look at both.

Late last week many small business owners and those that work with them began receiving emails about their local business results for the month of November. The emails contained  information about where the business ranked in Google’s local index, how many users clicked on the listing, how many users clicked through to the Web site, how many clicked on ‘more info’, and how many went looking for driving directions. This is all super important information for any small business owner to know and can be used to make sensitive decisions. Problem is, business owners were getting emails about businesses they had nothing to do with. Basically, they were getting other people’s site details. And if you’re getting someone else’s analytics data, well then, who’s getting yours?

Obviously, small business owners were concerned and a little upset. Mike Blumenthal covered the situation, as did search marketer David Dalka, Search Engine Roundtable and The Register. When asked, Google responded that it was “a glitch” and that less than one percent of Local Business Center users had been sent the affected emails. Of course, we don’t really know how many people “one percent” really accounts for.  It’s scary when you don’t know who has access to your information. It’s also potentially dangerous should it fall into the wrong hands.

Just as small business owners were wrapping their heads around their private information being leaked, search marketer Lisa Myers showed how easy it is for a competitor to hijack your listing in Google Local Business. And she knows how easy it is because she watched it happen to one of her clients.

In her post, Lisa breaks down the exact steps that a competitor would need in order to hijack your listing. Scary is that it doesn’t seem that difficult. Just create a new listing with someone else’s company name but your address, claim and merge the listings, and then verify it via the mail. Once that’s done, any time someone searches for you, instead of seeing your real listing, they’ll see the one for your competitor and be directed there.  And just like that, your search traffic is gone. It’s just that easy and so far Google doesn’t seem to have a solution.

I’m not sure what the “fix” is for either of the issues discussed (Google hasn’t even addressed the latter). To be honest, I don’t think there is one for now. It’s disheartening to see so many issues with spam and hijacking (which sometimes happens accidentally) coming out of the engine’s local indexes with no real action taken.  I often wonder if Google’s policy of no response would be the same if it were bigger brands feeling the impact. Regardless, as a small business owner the best you can do is to be vigilant about monitoring your local listings and reporting anything that looks weird.  We’re louder in numbers.