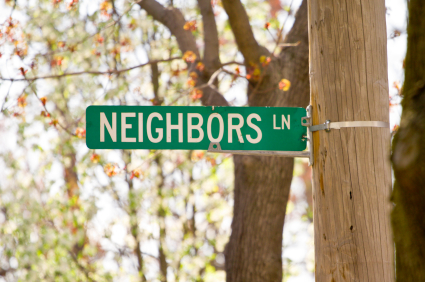 There was a lot of buzz going into the weekend about a new Twitter addition called Twitter Local Trends and how this could help business owners find out what’s hot in their local area. We touched on the importance of location-based apps last week while mentioning Yelp’s new check-in service and this is just another example of things taking a more ‘local’ turn in 2010. And if Twitter builds this out the way I hope they will, Local Trends could open may very impressive doors.

On Friday I became part of the one percent of Twitter’s user base that started seeing Twitter Local Trends added to my Web interface. With the add, Twitter is allowing users to select their location from a list of cities/countries (only 15 US cities are currently supported) to see what’s happening around them. You can also change your location to see what’s happening in other areas if you’re traveling or just want to know what’s going on. As this feature gets further built out and starts including more cities on a more local scale, this is going to be a wonderful addition for small business owners looking to reach out to customers and potential customers through Twitter.

While I think it will be great to have the option to select a location in order to follow trends, I’m also hoping that Twitter will use these locations as a sign that this is where you’re from. Essentially, I’m hoping that this because the filter to make location-based apps, and Twitter itself, more useful.

Let me back up for a second.

Historically, it’s often been difficult to find people in your area on Twitter. Services like Twitter Grader or Twellow can help you find users by location. Advanced Twitter Search can help pinpoint conversations within a certain radius. However, they’re all limited because of how open-ended Twitter’s Location prompt is. Users don’t have to input an exact location or even a standard one. That means some users identify themselves as being from a state (NY), others a city or town (Troy), some a zip code (12180) and others still just make up their own locations (up here in my tree). With no standard for specifying where you’re from, it’s made it hard for business owners to find a full list of Twitterers in their area and its made it impossible for location-based apps like FourSquare and Yelp to filter check-in tweets from people totally outside of your area.

Hopefully allowing people to identify with a specific location is the first step to fixing that.

I’d like to see Twitter Local Trends be not only a way to create a feed for people who mention a specific area, but also a way for people to identify where they’re from, especially if Twitter starts breaking down locations to become more specific (which is what I hope happens). Location is what creates relevance in social media for a small business owner. The tighter these services allow SMB owners to narrow down, the better we’ll all be able to build awareness with the people who matter the most to our businesses. You can follow only the people in your area to let them know about events, what your business is up to and maybe to find partners. You can target your message to a much a smaller, much more relevant user base. It also gives business owners greater power to create a local street team when you can get local events to trend the way we see worldwide events trend right now.

Time will show how Twitter decides to build out Local Trends but we have a lot of people fairly excited right now. Location-relevance is powerful.