How to Prevent a Community From Growing On Your Site 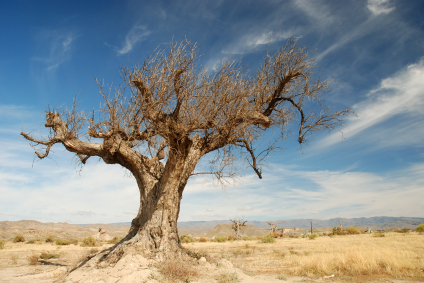 The days of the cold static site are coming to end. Customers are tired of being talked at and are ready to get in the conversation. They’re looking for sites where they can go to hear from you, but also where they can hang out and let you hear from them. The Web and business are both becoming more social and that means creating an environment on your site where customers can meet other people, share their thoughts and create a home around your brand.

Sometimes creating a community on your site means building that blog, allowing comments and inviting people in.  But sometimes it simply means getting out of your communities way.  What are some of the most common actions that discourage a community from growing on your site?

Here are seven to be aware of.

Attempt to Control It

It’s natural to want to use a heavy-hand when dealing with your community. It’s your site and you want to make sure things are going as you see fit. The need to control comes from fear. You’re not comfortable with the tone of the conversation, how people are interacting or even what they’re talking about – so you step in to control it and shut everything down. Unfortunately, instead of directing the conversation you end up stifling it and changing the vibe and openness of the community. And then your talkers go elsewhere. As a site owner, you’re in charge of your community. You are in charge of making sure that it stays healthy and productive, however, be careful of laying too heavy of a hand. Your audience will have a way that they prefer to interact and talk to one another. If you try and control how they’re able to do that or restrict certain behaviors, you’ll likely send them running to someone else’s home.

There’s no quicker way to burn a good community than to start silencing those who vocally disagree with your or critique the way you do things. While it’s sometimes hard to hear negative things being said about your or your company, it’s far better to have them be said on your site than off of it. By letting those comments live and positively responding to them you show the community that you’re there to listen and that you believe in what you’re doing. The whole point of creating a community is to encourage people to share their experiences so that you can improve your service. Allowing a free conversation and responding well to criticism is how you will earn trust with your audience.

How many times have you landed on a blog and noticed that the comments were filled with nothing but unanswered questions? How many times have you watched people vocally complain on Twitter and been surprised that no one from the organization has stepped in? How many times have you emailed a business and had the message completely ignored? It stinks! People want to belong to communities that value them and their participation. One of the best ways to burn a good community is to start ignoring it. People have come together because they care about you and the service that your provide. Get involved! Show people that you’re listening and want to be part of the conversation. No one likes talking to a wall.

This can be a real problem with establish communities. Over time community members begin to know one another. There’s
a familiarity there, filled with inside jokes from conversations that happened in the comments six months ago. Why these things are great for longstanding members, they can isolate people who are new to your site. It’s like sitting at the lunch table and watching everyone laugh at a job you’re not in on. Find ways to bring new members in and make them feel welcome right off the bat. Encourage them to introduce themselves. Use WordPress plugins that identify new commenters to greet them with a different page than old-timers when they leave a reply. From here you can point them to popular old posts or conversation threads that will keep coming up. The quicker you can make them feel part of your group, the better the experience for them. It’s a great way to bring people in.

Many of those in your community are probably customers or at least potential customers. That means when they offer an opinion about how you can improve some aspect of your site or business, listen. Even if you don’t think they’re right or that it will work for you, at least acknowledge that they took the time to say something. Showing that you’re open for feedback makes them feel more valuable and it may open up doors to you that you wouldn’t have seen yourself. I’m constantly getting emails or tweets directed at me about things I can be doing better, new plugins we should use, or things they think we should fix or tackle. Big companies PAY customers for these kinds of insights. If your audience is kind enough to offer them up for free, don’t be shy about listening.

Let your members talk to one another! While some site owners totally ignore the community, others try to hop in answer every question before anyone else can offer help. This isn’t always the best course of action. You want community members to get into the habit of helping and supporting one another. These kinds of actions are huge health indicators for your community and are behaviors that should be encouraged. It’s good that your members want to send messages to one another, to offer resource links and to offer personal knowledge. Let them do it.

Very often community members may have something to say or contribute but they don’t want to do it in front of everyone. Sometimes they have a question about a product, they want clarification on a blog post you wrote or maybe they want to alert you to a typo on your Web site. Make it easy for people to get in touch with you by prominently displaying an email address, a Twitter handle or phone number. However you want people to get in touch with you, direct people to that. By making this information easily accessible, it helps show customers that you’re real and that you’re around should they ever have a problem. That’s a big trust factor for a lot of people.

Those are some of the most common ways I’ve watched companies kill their own communities.  Any other favorite examples?