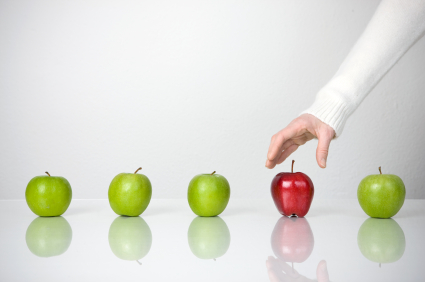 There’s nothing difficult about heading to Twitter and creating an account to represent your business. What is difficult is knowing what kind of account you want to create and the voice you’ll be using with it.  That takes some thinking about.  There are many different types of Twitter accounts that you can create.  You need to decide what’s going to be most effective for you.

Do you want to be strongly corporate and spend most of your time talking about the business? Do you want to create a personal account where you downplay what you do and focus more on relationships? Do you want to go totally left field and tweet as a syrup bottle? Don’t laugh. People are doing it! The type of Twitter account you create will depend on your goals for using it and, to some degree, your comfort level sharing information with your audience.

Below are some of the most common account types SMB owners are using on Twitter, along with some examples of each. Which ones do you identify with?

There’s a difference between being a business owner on Twitter and being a business on Twitter. When you take The Totally Corporate Account it means that you’ve decided to tweet as the company itself. There’s no employee or real personality publicly tied to the account in any way.  The focus is on promoting business news, blog posts, deals and to offer customer service.  It’s not on building genuine relationships with customers. Everything that is done is done from the perspective of The Company.

For example, @JetBlue uses its account to tweet about flight deals, @Starbucks talks about offers on coffee, and we all recently saw @SouthwestAir use its account to do some reputation management when they got themselves into trouble. All three accounts take a 100 percent corporate approach to talking to Twitter users. We don’t know the face(s) behind the account or have any deeper understanding of the company’s voice because of them. The account is just there to keep us up-to-date on news and handle customer service complaints as they come up.

The Corporate-led Persona allows the business to tweet as a Corporation, but to also include a bit of personality and insight behind the person publicly running the account.  Customers will be able to tie a face and a name to the account to help build a community around it. All of the tweets coming out will still be able the corporation, with the exception of a few spice of life tweets to add some flair and personality. However, it will still be very clear that the person tweeting is doing so on behalf of the company and that’s their reason for being there. It is in no way seen as a personal Twitter account.

For example, we know that @ComcastCares is Frank Eliason, @Zappos is Tony Hsieh, and @DunkinDonuts is the cheerful Dunkin Dave. They’re corporate accounts but they include branded personas working to build a community around what’s going on. When we tweet at Zappos, we know that we’re talking to Tony.  It provides an outward face to the company.

A personal Twitter account is one with no obvious tie to any business or corporation. The person is tweeting as themselves, for themselves. They tweet about what they’re doing and where they’re going; they tweet after hours and on the weekends. The account is there to build relationships and to gain information.  We know the person works for someone but that “who” doesn’t play into their daily activity.

Lots of people choose to keep personal Twitter accounts. For example, my little brother is on Twitter. He’s a college student and has no business reason to do be there.  For him, Twitter is just another social network that he can use to talk to his friends, comment on his classes or to share links about his favorite TV shows or Apple products. There’s no corporate slant there. Just him communicating with his network.

A hybrid Twitter account is what I see most small business owners creating. It’s an account that mixes both the personal and professional. You can tweet about what’s going on in your industry, what blogs you’re reading and any struggles you’re facing as a person in your field. But then you use the same account to tweet about taking your kids to the movies and what you’re making for dinner. You mix both worlds, even if that means alienating some who’d rather not know about the other. However, you don’t dilute your efforts trying to grow multiple accounts.

This is the approach that I use with @lisabarone, as do many other business Twitterers. Under the Hybrid approach, we share links during the day and talk about work, and then go home to tweet about what’s on TV and what we’re doing with our families. It’s a relationship-heavy approach that mixes both the professional and the spice of life tweets.

Character-based accounts have the tweeter posting from the voice, perspective and insight of an object/animal/plant/whatever. Everything is done through that character and the tweeter never breaks that character. It may sound silly, but we’re actually seeing a lot more businesses take this approach as they look for a way to stand out and connect with customers. If you do it right, it’s often ingenious. If you don’t, well, you just look silly.

Some of examples of this in action? There are plenty. Aflac tweets as a the @aflackduck, the National History Museum tweets as a whale with its @nathistorywhale account, @mrsbutterworths tweets as a syrup bottle, and @ColonelTribune is the voice of the Chicago Tribune and a totally made up figure.

There’s no right way to use Twitter, just like there’s no wrong way. However, there is the right way for you and that’s what you need to determine. You may even decide to adopt multiple account types. The question to ask yourself is, what’s going to help you get your message across? Built your strategy.