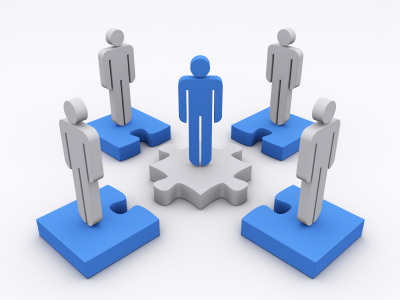 You’re probably aware that Yelp has found itself somewhat under fire lately. There have been persistent rumors, and now lawsuits, that the site squashes negative reviews as a way to encourage people to advertise on the site. Yelp has strongly and aggressively denied these rumors, yet they seem to remain. Regardless of Yelp’s denials, having these rumors constantly in the air challenges the integrity of the entire site. If you’re a review site and users start questioning the validity of these reviews, where does that leave you? Well, it means you need to become as transparent as you can to finally put rumor to rest.

I’ve been watching Yelp respond and react over the past few and I’ve been really impressed with their overall handling of the situation. I thought perhaps it may serve as an interesting mini case study for what to do when you find your brand under attack.

Here’s a look at what Yelp did and what you should do too.

Appeal to those who can help change the conversation

When things get tough, the first thing you want to do is to reach out to the people who can help make it better. Often, that’s the bloggers and media outlets that cover your industry or who have been friendly to you in the past. A really effective way to take attention off bad press is to replace it with new material about your brand. This gives people something else to talk about or will at least help you get your side across.

When the news first broke about the new Yelp lawsuits, I received an email from one of my contacts at Yelp. She emailed me to let me know what was going on, to explain the situation, and to offer to put me in touch with someone in the organization should I want to know more or share the story with my readers. It was a smart move. Not only does it get your side of the story out, but it also lets the people who write about your industry every day know that you’re open to communication and you have nothing to hide. It helps get the conversation started on the right foot.

Speak directly to your customers. Be sincere.

Before a crisis ever starts, you need to set up a system that you can use to talk directly to your audience. Some place that they will know to go to when they want information about the company. That may be a company blog, another area on your site, a social networking site where you’ve developed a strong presence, your YouTube channel, whatever. Whatever that channel is for your organization, when things get bad or you have something you need to discuss, that’s where you should head. Use it talk directly to your customers and to be as sincere as you can. Explain the situation as honestly and simply as you can, and do your best to answer their questions regarding what’s happening. The more information they get from you, the less need they’ll have to seek it out from outside sources.

Yelp has been doing an amazing job using its blog to keep users informed about what’s going on. There have been several posts regarding the lawsuit that aim to educate, not cast blame. The blog has been used to allow Yelp to state, very matter-of-factly, what is going on and why they feel like they will be cleared of the charges. I think they’ve done a great job managing the conversation and getting their story out. Do I wish Yelp would open up comments on its blog so people could have a voice? Yes. But that’s a different conversation.

Many companies close up when bad situations arise. Someone says something bad about them and they immediately stop talking to people or put on a cold corporate face. This is really counter-productive. Instead, you want to remain approachable. Use humor to humanize the situation when you can and show grace and humility throughout. People are far more likely to understand if you show them you’re still a human and can laugh at yourself.

Last week Yelp did something that I absolutely loved. They took to their blog to explain their review filter, which has been the subject of quite a bit of controversy. Luther from Yelp wrote a detailed post explaining just how the review filter works and why it’s so important. But he didn’t stop there. He also included a quirky video that did a great job of explaining a controversial topic in a really approachable and quirky way. People may not read that whole post, but they’ll probably take the three and a half minutes to watch the video because it’s engaging and fun. They’ll also be able to embed that video on their own sites and blogs (which many have done) to help the story spread. I thought it was a really great move.

It’s been nice to see how Yelp has decided to handle the recent hot water they’ve found themselves in. I think it serves as a great example for small business owners as to how being honest, direct and humble can help you change the conversation currently happening around your brand. When things get bad, don’t shut down. Start talking directly to the people that matter.