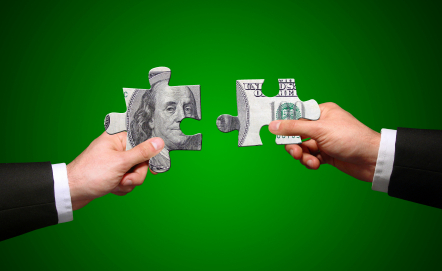 Social media feels good, but bringing money and new customers into your business feels even better. Thankfully, a new feature from the Facebook application Payvment can help small business owners to bridge the two loves for a very profitable (and effective) solution.

Though you may not be familiar with it (I wasn’t), the Payvment app itself is not new. It’s been around since last year and allows users to build a retail store (or to connect an existing one) directly onto any Facebook page. Once you download and install the application, you can build a store directly onto your page to include all your products, photos, shipping information, categories, etc. [there’s a how-to video for those who need help getting started with Payvment.] Once you set up your online shop on Facebook, it will show up in a separate tab on your profile called Storefront where users can go to make purchases directly from your Facebook page. They can also leave the shopping cart open while they shop on other Facebook stores. It’s a new twist on that old, static shopping cart. Pretty cool, but that part isn’t new.

What’s new is the Facebook Fan Incentive feature from Payvment.

If you’re a SMB owner in social media, there are probably two things you’ve found to be true:

That’s where the new feature comes in. The Facebook Fan Incentive feature allows business owners to offer special promotions to anyone who becomes a fan of (or now “likes”, thanks to a recent change) their Facebook page through the storefront. Businesses can set it up so they’re offering either a specific percentage off or another type of coupon.

A new “Promotions” area has been added to your storefront admin that enables you to turn on the feature, then set a percentage discount you’ll offer just to those who are “Fans”. After this feature is enabled for your storefront, Facebook users are prompted to become a Fan of your Facebook Page to get special storefront-wide “Fan Only” pricing.

Payvment is also adding the ability to let users leave comments and reviews about your products to encourage others on your page to make a purchase. Page owners will have full control over the comments/reviews that appear and will have the ability to remove comments, if needed. Though, I’d be careful doing that. Angry commenters may simply take their complaint somewhere else and add more fire to it now that they’ve been silenced. Use the same best practices when managing reviews.

I think the new Payvment feature is worth SMB owners taking a look at. It’s the first real attempt we’ve seen to bridge relationship building with commerce, and it does so in a way that I feel customers will find “useful” instead of “invasive”. And because customers will be automatically prompted to become fans to receive the discount, it’s going to help SMB owners to naturally grow their networks and their reach to help better market to people. It’s similar to offering a discount to someone who signs up for an email newsletter, but you’re targeting people on a much more personal platform.

It will be interesting to see how users interact with the new feature and if they’ll accept commerce on a personal social networking site, but I’m inclined to think that they will. Payvment combines brand awareness with brand loyalty and creates a real incentive for why someone should join your Facebook page. As a small business owner, this is one to watch and get in on. It’s a hint at where social media could really be going in the future.