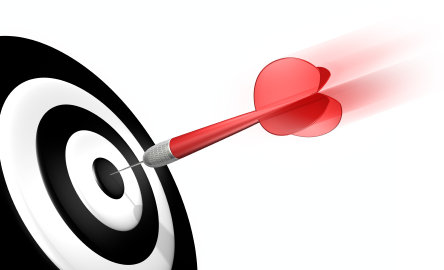 You want to be savvy about your social media presence. You know not to ignore your blog for Facebook, but you’re smart enough not to completely write it off either.  So each day you go in and post a Facebook status update that you hope will inspire your fans to visit your site. There’s just one problem – no one’s actually seeing your status updates.

When you post a message on Twitter, that tweet will automatically show up in the feed of those that choose to follow you. You don’t have to do anything special to make sure of that. However, Facebook works a little different. Facebook uses an algorithm called EdgeRank to decide which of your updates will be appear in a user’s News Feed. If they showed everything, you’d probably be swamped. Instead, an algorithm was created to weight the importance of certain updates. This algorithm is influenced by three things:

That means if you want to make sure your audience is seeing your updates, you need to constantly be creating new content designed to get a reaction.

Here are some tips to help you do that.

Each time you automate part of your Facebook involvement, you make it harder for the community to trust that you’re there to engage and talk to them. That means even if you’re updating your status daily, if the bulk of your page looks like an RSS feed, you’re going to have a difficult time establishing relationships. Users don’t want to engage with brands and businesses that aren’t really there. Stop automating your social media presence. You’re just shooting yourself in the foot.

We know that the more people engage with your content, the greater an ‘edge’ Facebook will give it, and the greater the chance that update will appear in your customers’ news feeds. How do you get people engaging? Ask them questions!

If you’re an entertainment Web site, ask users what they thought of Tuesday’s episode of Glee (awesome!) or Lady Gaga’s hairstyle. If you’re a local mechanic, ask where customers will be driving their cars this weekend or the lowest they remember gas ever being. The point is to ask questions as a way to drive engagement and prevent your update from becoming an also-rain that no one ever sees.

An off-shoot of asking questions is to use site polls to get user feedback. Yesterday, Tamar Weinberg blogged about how to use Facebook for business and marketing (bookmark that!) and gave the example of how Ben & Jerry’s was using polls to spur interaction. The ice cream manufacturer simply asked people how they like their ice cream and, 800+ likes and 250+ comments later, you can be sure that update appeared in users’ news feed to create top of mind and get users to visit the page. Asking people for their opinion is a great way to light a fire and make them more invested in your brand.

Sometimes getting someone to ‘like’ something is as easy as asking them to do it. For example, this weekend ask people to Like your status update if they had a great Mom who made a difference in their life. Or ask them to Like your update if they agree that tights are not pants. Agree or disagree-type updates tend to be flooded with not only Likes, but with comments because they force people to take sides on an issue. Even if the “issue” is debating who had the greatest Mom or how awful it is when girls go outside without pants on. Statement updates are a really fun way to lure people out from the corners they usually hide in.

You run a local bakery and you’re trying out new cupcake flavors – why not let your customers name them? Hold a contest via your Status Update asking people to offer up their best cupcakes names based on flavor combination. The winner of the contest receives a free batch of cupcakes and you get hit with so many Likes and comments that Facebook has no choice but to show your update on customers’ home pages. And of course, if they get involved, the update will also show on all the pages of the folks they most actively engage with, as well. What a great way to spread the word about your local bakery. I mean, who doesn’t like cupcakes?

Target them to specific groups

If we know anything about social media it’s that targeting is key. And that rule applies to your Facebook updates as well. Luckily, Facebook now gives you the ability to target a specific update to any group you want. This allows you to create more compelling updates with tighter calls to action. 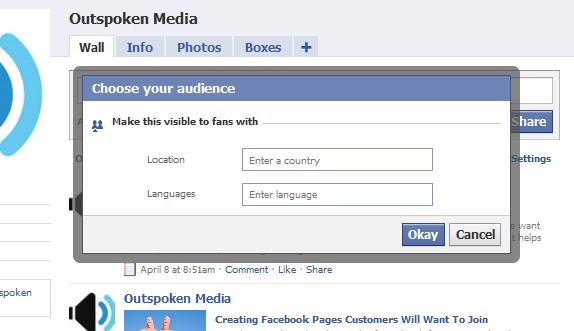 For example, if you’re a local vet, you may be able to create an update that specifically targets those users with dogs and comments on the new dog park down the street. You know that these users will be more interested in the new park and therefore more likely to Like or comment on the update. Dog people also tend to hang out with other dog people, who will see they commented on the update and be encouraged to visit your page. Because you can target updates to specific friend groups, updates can be better targeted for hot buttons and interest levels. The more you can hone in on a person’s specific interests, the better you can create content they’ll want to engage with.

The worst thing you can do is dedicate time to creating a presence on Facebook that no one ever sees! When you’re creating content, making sure you’re targeting the people who are most likely to be advocates for what you’re saying and that you’re putting content out there that people will want to comment or support. The more interaction you can spur, the more eyes you’re going to get on your page.