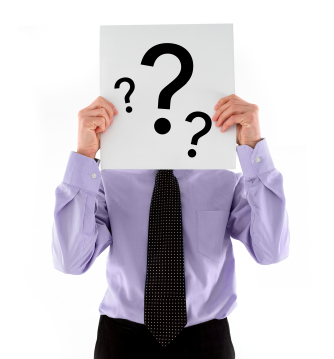 In case you missed it, there was a lot of discussion last week regarding Facebook, small business owners, and customized landing pages. First SMB owners could have them, then they couldn’t and now they can again. So what happened? And can SMB owners really trust that they’re back for good?

In March I wrote about 5 quick ways to improve your Facebook SEO. One tactic I suggested was to create a custom landing tab (page) for your profile. I wrote that using the Static FBML app was really important if you wanted to create a page dedicated to shaping searchers experience and engaging them. The same way you create custom landing pages for your site, you could create them on Facebook to draw users in.

Unfortunately, last week Facebook revealed they’d be stripping away that feature for small business owners, limiting landing tabs to those with ‘authenticated pages’. In order to receive an authenticated page, you must have 10,000 fans or be working with someone on the Facebook ads team. That barrier essentially excluded all small business owners from being able to take advantage of one of the best marketing opportunities Facebook had to offer. Instead, it looked to force SMBs into investing their dollars in Facebook ads instead of building them organically.

Naturally, the decision from Facebook to cut away an important marketing avenue for SMBs ruffled many feathers. It felt like yet another slam from a company already alienating users. Matt McGee wrote about Facebook dropping the hammer on small biz users, as did many others, everyone echoing that Facebook had made a major missteps here.

Over in the Developer Forums, admin Matt Trainer let users know Facebook had removed the authentication requirement needed for setting custom landing tabs. He noted they are re-investigating how to handle the situation, but, at least for now, they tabs are back.

It’s hard to know what Facebook will do next, but it’s my hope that they’ll leave customized landing tabs available for unauthenticated pages so that SMBs can benefit. Facebook they were initially removed as a ‘quality initiative’ but taking a viable marketing opportunity away from SMBs seems like a drastic way to combat spam.

If you’re a small business owner, I’d still recommend taking advantage of the customized landing tab, while you can. If you’re using Facebook to market your business, than it really is one of the best ways to convert visitors to fan. However, last week was also a good reminder not to ignore your blog for Facebook. Or your Web site for Facebook. You don’t own your Facebook presence, Facebook does. And they can change the rules at whim, with no notification. You need to be prepared to combat that, and that means not ignoring the properties you do own (like your Web site and blog) for shinier social media properties.