Do SMBs on the Web Get More Sales? 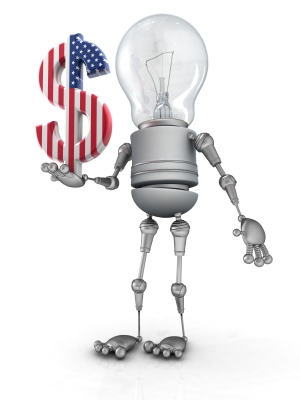 A study posted on eMarketer last week declared Small-Biz Success From Deeper Online Interaction which, in turn, leads to more sales for their businesses. The study was conducted by the American City Business Journals and segmented SMBs into five different groups based on their usage of the Web and the types of online activities they conducted.

The groups were identified as:

According to the study, Interactors (the most active online participants) accounted for only 15 percent of the business owners polled, yet they added up to 24 percent of the sales. On the other side of the coin, Viewers and Commenters, (the least involved with the Web) had the worst business performance of all five groups. Interesting numbers.

The study found that Interactors outpaced all other segments regardless of what type of business they were in. They were also the more likely than average to check business news (79 percent), local and regional news (75 percent) and collect information on their competitors (51 percent). The American City Business Journal used this data to show that ‘those on the Web the most reap the greatest benefits’.

Increased Relationships = Increased Sales: The survey proves what we already know – establishing a social Web presence allows SMB owners to reach out, engage and connect with customers more easily than ever before. When you’re on hand to answer questions, provide new levels of support and entice customers with new deals, you create relationships that naturally lower the barrier needed for someone to do business with you. People buy from people. It makes sense that customers feel more comfortable buying from SMBs with whom they have a relationship with online.

Risk Breeds Reward: I think it’s more than simply being on the Web that is helping Interactors boost sales. I think the reason Interactors outpace the other categories is because they’re the SMB owners being the most present in their business. The numbers noted that Interactors weren’t just on the Web, they were using the Web. They’re doing competitive research on competitors, they’re checking out local news. They’re the group the most engaged in taking advantage of this new technology and not just “doing what’s always worked”. Deputy Director of Research at American City Business journal attributed Interactors sales success to their being ‘really serious about using technology and the Internet to help their business’. And there’s truth to that. But I also think they seem to be more aggressively hands-on and more apt to trying different techniques.

For me, the survey was less about the importance of Web usage for SMBs (though that’s obviously important), it was more a lesson to small business owners that with risk comes reward. By trying out new platforms and being engaged in your business, you get a leg up on your competition and work to increase sales. You win when you’re able to find your customers where they’re hanging out, whether that’s on Twitter, in social forums, or offline altogether. And you win bigger when you’re actively pursuing these tasks and can do it before your competitors figure it out.