Contrary to What You May Have Read, the Recession Hasn’t Been Good for Entrepreneurs

If you’ve been reading the newspaper recently, you might have heard that the Great Recession has been a boom time for entrepreneurs. No less an authority than former Labor Secretary Robert Reich wrote in a New York Times opinion piece, “LAST year was a fabulous one for entrepreneurs, at least according to the Kauffman Index of Entrepreneurial Activity released last month by the Ewing Marion Kauffman Foundation.” 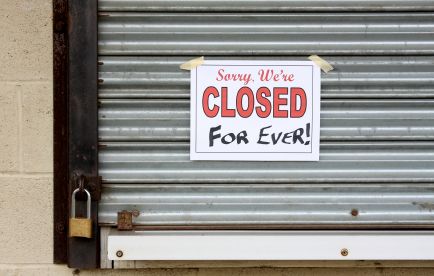 Reich quotes the Foundation as saying “Rather than making history for its deep recession and record unemployment, 2009 might instead be remembered as the year business startups reached their highest level in 14 years – even exceeding the number of startups during the peak 1999-2000 technology boom.”

Because the idea that the recession has been fabulous for entrepreneurs didn’t fit with what I’ve been seeing for the past two years, I took a closer look at the numbers.

The Kauffman index uses information from the Current Population Survey (CPS) to measure “the percentage of the adult, non-business-owner population that starts a business each month.” Specifically, the Index is the ratio of the number of people between the ages of 20 and 64 not self-employed who became self-employed in a given month, divided by the population between those ages.

But this is where the numbers get a bit odd. The Bureau of Labor Statistics (BLS) uses the CPS to measure self-employment, and they reported that the number of people self-employed outside of agriculture fell from 9,557,000 in 2007 to 8,995,000 in 2009, a decline of 5.9 percent. (Because the population grew over this period, the decline in self-employment as a percentage of the population is an even larger 7.5 percent.)

For those of you who are still with me on the numbers, this means that the Kauffman Index of Entrepreneurial Activity and the BLS estimates for self-employment, which are both drawn from the same monthly survey, tell very different stories about what has happened to self-employment during the recession. The Kauffman Index shows a 13.3 percent increase from 2007 to 2009, whereas the BLS shows a 5.9 percent drop over the same period.

What’s not measured by either source is the number of people who quit self-employment in a particular month. And the missing number is the key to putting both figures together.

Do these numbers mean that “last year a fabulous one for entrepreneurs” as Reich wrote in the New York Times? Are the results of the Kauffman Index really “good news for the year 2009” as Kirsten Moore wrote in Newgeography?

The reporters, bloggers and others making use of the Kauffman Index of Entrepreneurial Activity should be more cautious about how they interpret it. Headlines like “Despite Recession, U.S. Entrepreneurial Activity Rises in 2009 to Highest Rate in 14 Years, Kauffman Study Shows” http://www.kauffman.org/newsroom/despite-recession-us-entrepreneurial-activity-rate-rises-in-2009.aspx give the misleading impression that the recession has been good for entrepreneurs.

And I don’t know a lot of people who would call the Great Recession “fabulous” for those who work for themselves.