Research Round Up: Small Businesses to the Rescue

June turned out to be a really big month for small business research (if I might channel Ed Sullivan for a moment), primarily because the firm size class numbers were released by the U.S. Census Bureau and the SBA Office of Advocacy.

We’ll get to that in a moment. 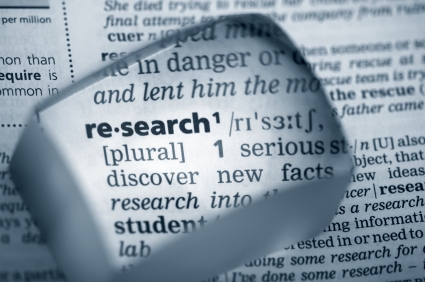 Given the state of the economy, it should come as no surprise that just about everybody is interested in economic development. When you reduce it to its simplest terms, you get that “jobs, jobs, jobs” that all the politicians have been yelling about. So the release of two research reports by the SBA Office of Advocacy have been particularly timely.

The first paper, which was released in late May, uses county level data on employer firm births, population and a variety of other metrics to test a string of hypotheses about what variables have the greatest impact on entrepreneurial activity. The second, which was published in early June, examines entrepreneurial activity by looking at what percentage of workers in a regional Labor Market Area (LMA) is self-employed.

So, what spurs economic growth and a region or an LMA? Both studies found that a well-educated workforce, low unemployment, natural amenities and the presence of a top research university are all factors that can contribute to economic growth from startup activity. At the same time, it is important that policy makers play the hand they’re dealt. Rather than trying to create another Silicon Valley in every state or region, better to focus on existing resources in developing local economies.

That may sound like a bit of a no-brainer to you but not everybody in the economic development field has figured out that not every community is situated to grow itself a Google.

Economic development is interesting, of course, but the big story this months has been numbers.

The Kauffman Index of Entrepreneurial Activity found that said entrepreneurial activity was at a 14-year high in 2009, which is something of a big deal.

Of course, the Kauffman measures gross new business creation and it does not define a new business the same way the Census Bureau does. Census counts a new nonemployer firm as one that has a minimum of $1,000 in taxable income.

It is a net measure, too; it does not include dynamic activity to show how many firms were started and how many failed to get to the nonemployer number they release each year. And it will be awhile before we find out what that measure is for 2009.

For a full analysis of the new firm size data, you can check out my article on same at The MicroEnterprise Journal Blog.

Evidently, a lot of those mysterious disappearing larger small businesses shrank down to micro-size. A few grew to large-ness. But it is interesting to see how those larger small firms were going through some pretty major difficulties well before the National Bureau of Economic Research declared the start of the Great Recession.

The launch of all these new businesses is some of the best economic data to come down the pike. It took awhile for the economic recovery following the 1991-2 recession to kick into gear and start feeling like a real recovery. But by the end of the decade, things had really taken off — due, in large measure, to the maturation of some of those 1996 startups.

Now that we have a new passel of startups, it is only a matter of time before some of them break loose. Even those that don’t turn out to be high growth gazelles will be generating new economic activity, some of which will be in relatively new markets like renewable energy and some of which will develop new technologies and new business models the way Microsoft and Amazon.com did.

So, the launch of all these new businesses is perhaps the best news for our impending economic recovery than we’ve seen so far. In spite of Washington sometimes seeming to be doing its worst instead of its best, small business really will lead the way out of this recession.

In fact, we already are.