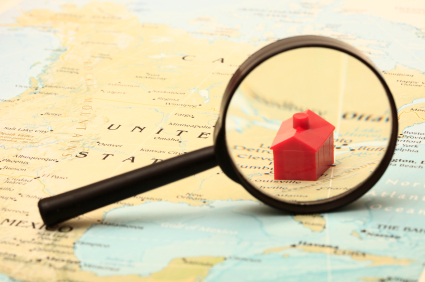 On Monday, Twitter revealed that they’ll soon be giving users the ability to give context to tweets by allowing them to tag tweets with specific locations via Twitter Places. Once tagged, users can click the location cited in the tweet and see a list of ALL the tweets coming from that particular location.  And users won’t just be tagging tweets with a city or zip code, they can tag them from the exact building their standing in.  In their announcement post, Twitter used the World Cup as an example.  They showed how through tagging, users could see all of the information coming out of the stadium where the match was being held. That’s cool in itself, however, bring that to your business. Now you (and others) will have the ability to see all of the tweets coming from your location. That’s where things get interesting.

Before we talk about where Twitter Places could end up, here’s a look at what it will look like once enabled:

To assign a location to a tweet, obviously you’ll have to turn on Twitter’s ‘tweet with your location’ feature that was revealed a few months back. Once you do, you’ll be asked to add your location under the text box on your Twitter home page. You’ll be able to select your exact location from a drop down box or add a new one if it’s not currently listed. You know, sort of like you can with all the other geolocation services.

Speaking of those services, Twitter Places will also be integrated with FourSquare and Gowalla so that they can take advantage of tweets generated by these services. Users will also be able to see a list of nearby locations and points of interest.

Sounds neat out of the box but, where could this really go?

In Matt McGee’s post over at Search Engine Land, he hypothesizes that Twitter may eventually create business listing pages ala FourSquare that will house all of the tweets about a certain location. And to be honest, that’s where I was inclined to go with this announcement, as well. With Google Places, FourSquare and other services creating full business profiles, it makes sense that Twitter would get in on that game as well and maybe even challenge Google. With Twitter’s partnerships with FourSquare, Gowalla and Localeze, they already have quite a data source to pull from to create the pages. And if/when they actually do create business Twitter profiles, that’s going to open up a whole new arena for business owners to create, monitor and use to engage.

Right now everyone is trying to figure out the next great play to add context and consumer intent to local: Google’s trying with Tags and Google Places,  Yelp’s adding check-ins, Facebook is all over, and FourSquare added analytics to try and compete with Google. Twitter’s being smart about how they’re going about things and they’re putting it front and center into their program. Twitter has the ability to merge real-time conversations around any business or location. And unlike Foursquare, Twitter has a real adoption rate and is gaining mainstream cred as media and ‘traditional’ entities all form online presences there.

As a small business owner, this is one I’d watch. If Twitter were to create business listings and then find a way to allow SMBs to claim them and engage with peopleGoogle could see their local dominance in serious question.  And at bare minimum, it’s something else for SMBs to put on their list of Sites To Monitor.  Don’t say Twitter never gave you anything.