The 5 Types of Influencers On The Web 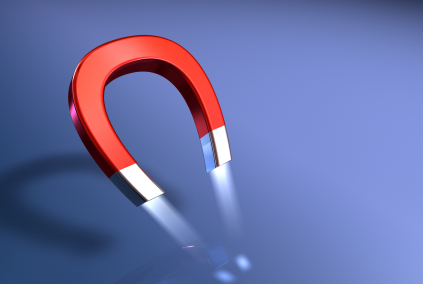 Whether we’re talking about social media, content promotion or basic networking, it’s often advised that small business owners reach out, engage and connect with their “influencers”. Butwho are these mythical people we’re supposed to be talking to all the time? What do they look like and where do they hang out? And why does no one ever tell us?

Well, today we will! As a small business owner, there are five types of influencers that you should be aware of and reaching out to on social media. Want to know who they are?

Remember high school? Remember those people that seemed to know everyone regardless of which party you went to or what corner you were hanging out on? These people also exist on the Web. The Social Butterflies are the names and avatars who live to connect people from inside their different networks. If you need a programmer, they know a guy. If you need 100 invitations made by yesterday, they have a friend who does that. They’ll make the introduction for you because they take pleasure in mixing up their networks.

Social Butterflies are valuable to a small business owner because of how wide their net reaches. By forming a close relationship with the, you get access to everyone else who is in their network. You also ensure that the Butterfly will mention YOUR name to her contacts when the time comes. Where do Social Butterflies hang out? Everywhere! To identify them, try creating contact groups (via Twitter Lists or Facebook/LinkedIn groups, for example) and then look for the names that seem to overlap. These are your Butterflies.

Thought leaders are the voices that your customers trust and listen to most. They’re usually the same people whose content you’re constantly watching get retweeted and whose blogs get more comments in a day than you get in a month. It takes some effort to get these people to acknowledge you because they’re constantly being inundated with messages, but if you can prove yourself by sharing valuable information and being a good social media citizen, you’ll be handsomely rewarded when it’s your content they’re blasting out to their loyal networks.

Thought leaders can help you build your own authority by lending you their platform. When they tweet out your material or offer to help you with a blog post, you get to take advantage of their contact and increase the eyes looking at your site. If you’re looking for Thought Leaders in social media, you won’t have to look too far. They’re speaking at conferences, getting quotes in the most high profile stories, and are always being referenced in other people’s tweets and post. To get the most return, don’t go for the Superstar Thought Leaders, stick to who is most influential in your niche.

Every industry has its own set of trendsetters. They’re the early adopters and the people that others listen to. The Trendsetters were on Twitter and FourSquare before everyone else and now they’re trying out a new social networking site that you can’t even spell. Trendsetters are motivated greatly by ego and are always on the hunt for what’s new so they can tell their friends they found it first. They love getting the scool, so get their attention, and they’ll be proud to share you with all 5,000 of their closest friends.

Trendsetters are powerful forces in social media because of their need to constantly be trying and sharing new things. If you’re looking for these people in social media, you can find them reading TechCrunch, commenting on Mashable and tweeting about sites and applications you’ve never even heard of.

This includes the bloggers, reporters and news outlets that live and breathe your industry. They’re the bylines you constantly see and the people most immersed in your industry because they write about it every day. This group is super important to connect with because they hold three coveted things — press, coverage and links. SMB owners need to know how to get the attention of people who link.

Obviously, as a small business owner, you want to create relationships with the Reporters that cover your niche to get your business in front of their audience. You want to form relationships with these folks as early as you can so that you can keep them alert to big things happening in your small business. Once you identify these people, you’ll want to create a PR linkerati list so that you know who you should reach out to when you need press.

Your Everyday Customer has a much smaller circle of influence than The Reporters or The Social Butterflies, but it’s just as important. Your Everyday Customers are the people who live in your town and could potentially walk in and spend money with you today. You want to use social media to create awareness with them.

This group is often neglected in social media as brands attempt to go for the higher hanging fruit. However, reach one of these folks and you’re almost guaranteed that they’ll pass on their experience to their family and friends. They’re all about worth of mouth and sharing recommendations. If you’re looking for them on social media, they can most often be found asking questions on Twitter or participating in group discussions on Facebook and LinkedIn. They’re unassuming, but vocal when given the chance.

Those are groups I concern myself with when talking about “influencers”. Are they any influencer groups you focus on not mentioned here?