Whether you buy or sell online, you may need to watch out. Cash-hungry state governments are reconsidering something that’s long been threatened and debated:  taxing Internet sales. 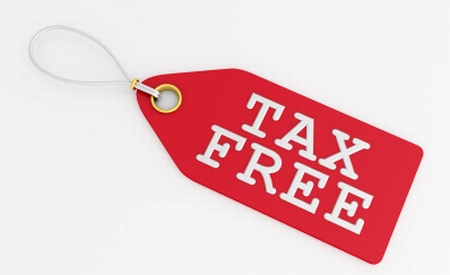 One of the reasons I’m a frequent online shopper is, thanks to a 1992 U.S. Supreme Court decision, unless the retailer has a physical presence in your state, it does not have to charge sales tax. This can mean huge savings for consumers on big purchases; big retailers like Amazon have profited immensely from the law.

States have sought ways around the Supreme Court decision in the past. In 2008, New York ruled that any company that has an affiliate relationship with another business in the state would have to collect sales tax. Amazon sued, lost, and appealed; a ruling on that appeal is due soon. In Colorado, a law was passed requiring out-of-state retailers that don’t collect sales taxes to give the state a list of customers’ names and purchase amounts so tax collectors could contact them for payment. The law is also currently being challenged in court.

While in the past, business organizations have fought back against efforts by states to charge sales taxes on such purchases, the Los Angeles Times reports that now, business groups are actually urging the law be changed. Why? Because they feel that big retailers like Amazon are getting an unfair advantage. Considering that most states right now are cash-strapped and desperately seeking revenue, state governments are lending an ear when business organizations urge changing the laws.

With thousands of tax jurisdictions nationwide, collecting sales taxes on online purchases could be a nightmare, some small e-commerce retailers contend. But other experts say there’s computer software that could simplify the task.

Recently Rep. William Delahunt (D-MA) introduced a bill that calls for a national solution to make online sales tax collection easier. The Main Street Fairness Act would allow states to collect sales tax from out-of-state retailers if the states agree to streamline their sales tax systems. The bill already faces opposition from eBay, which is calling for a small-business exemption.

I’ve seen this issue argued ever since e-commerce became a part of our lives in the 1990s, so I’m not expecting a quick resolution on the issue. But you should be aware of what is going on in your state, because in today’s economy, there’s renewed risk that collecting e-commerce taxes could actually become a reality—one for which you need to be prepared.

Rieva Lesonsky is a Columnist for Small Business Trends covering employment, retail trends and women in business. She is CEO of GrowBiz Media, a media company that helps entrepreneurs start and grow their businesses. Visit her blog, SmallBizDaily, to get the scoop on business trends and free TrendCast reports.
22 Reactions
Subscribe
Follow @smallbiztrends
RSS LinkedIn Pinterest iTunes