Solar Energy and Your Business: Time for a Second Look?

Like many, you may think of solar panels as an investment for idealists — those business owners who want to do something environmentally positive even though it can take over a decade to see financial payback.

After all, purchasing and installing a  system of solar photovoltaic panels generally requires an upfront investment of $8 to $10 per watt, or upwards of $30,000 for many businesses. Those businesses might shave only $1,500 or $2,000 annually off their electric bills. It’s not exactly the ROI most business owners seek. 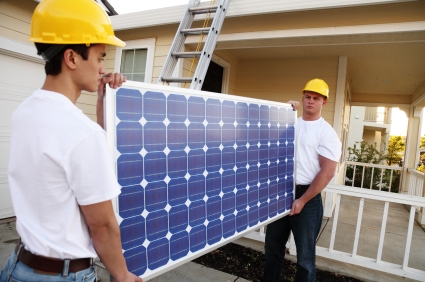 But the economics of solar energy are brightening, and it might make sense to take another look.

One reason is a new momentum nationally for solar energy production. The Obama administration unveiled plans recently to give $2 billion to two U.S.-based solar plants. The hope is to greatly bolster production of solar energy, while simultaneously creating more than 1,500 new green jobs. This kind of federal promotion of solar energy is helping increase competition among producers of solar panels and bringing the price of solar installations down.

Already, businesses can receive a tax credit of 30 percent of the cost of installing solar panels; the credit is available through 2016.

But there are other encouraging developments. Several states and local governments are using federal stimulus dollars to roll out new incentives, such as tax rebates, for businesses that install solar-power systems. Massachusetts, Delaware and  Florida are among the states to do so. In recent years, states have also been bolstering their net-metering laws, requiring utilities to buy excess energy produced by customers with solar power. (A good place to check for solar incentives and net metering laws in your state is www.dsireusa.org.)

But even with all these various incentives combined, many business owners are probably wondering whether it makes sense to buy solar panels right now. It’s a good question. While incentives may abound, the price of solar is likely to decline in coming years. A good place to start is by finding out what the upfront cost of installing solar panels would be for your business and then what incentives are currently available to defray that cost. Also factor in your business’s electric bills and how much you are likely to save annually with solar energy.  Some businesses will now find paybacks of five years or less, while others may still have to wait more than a decade.

Kelly Spors is a former small-business and entrepreneurship reporter and blogger for The Wall Street Journal who has also written for Yahoo!, Entrepreneur, NFIB's MyBusiness magazine and The New York Times. Kelly is now a freelance editor and writer based in Minneapolis and has previously managed communications for an environmental non-profit that helps businesses find ways to be greener.
7 Reactions
Subscribe
Follow @smallbiztrends
RSS LinkedIn Pinterest iTunes