Yelp Reviews Out of Google Places. What Else Ya Got? 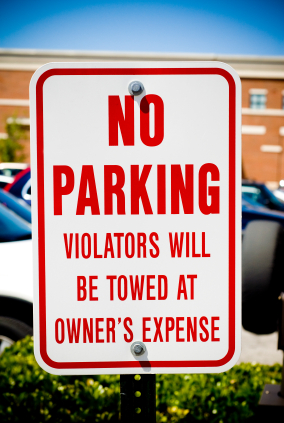 You know how I often recommend not putting all your eggs into one social media basket? Well, funny thing, because an interesting real-life example just presented itself–and it probably affects you and your business.

Last week Google announced that it had updated the Google Maps review policy. This update did many things, but the most the drastic thing achieved by the new Google Places content policy was that it removed Yelp reviews from all Google Place pages. Yup, all of them. Gone. Google announced that Yelp review content had been “reclassified” and will no longer reside as review snippets.

A Google spokesperson explained to TechCrunch:

Regarding the presentation of Yelp review snippets, neither of us was happy with the data as it appeared, so we reclassified results from Yelp while we reviewed our options. This means that, for the time being, Yelp pages may not appear as review snippets in Place page results, though relevant results from Yelp will continue to appear in the “more about this place” section, which shows pages about a given location. We are working with Yelp to more intelligently crawl and present results from their site.

The removal of Yelp reviews from Google Places is a notable change and comes as both parties were becoming increasingly frustrated with how content was being handled. But that’s for them to figure out. You want to know how Yelp and Google chasing each other around the playground affects you and your small business. And the answer to that depends – were you a small business owner who sought out reviews from a variety of different sources, or did you make Yelp your steady, assuming they’d always be there? If you did the latter, you have some make-up work to do.

Regardless, here are some tips for small business owners looking to manage reviews in a Yelp vs. Google world.

Direct reviewers to your Google Place Page: While Google and Yelp may have taken issue with how reviews were being aggregated, most small business owners did not. It meant that they only had to direct customers to Yelp to populate both sites with reviews. However, now you have to specifically encourage customers to leave reviews on your Google Place Page, and it’s important that you do so. Your Google Place Page is often the first point of contact a user has with your brand given how much weight Google Place Pages have in the SERPs and within Google Maps. That means you want to populate this page with lots of positive reviews and information about your business to build trust with users. Google recently opened up the option to let business owners respond to reviews left on Google Place Pages. You want to make sure you’re taking advantage of that and showing your best face to visitors.

Identify Google-friendly review sites: Google has stopped aggregating reviews from Yelp, but they are collecting reviews from other sources. It’s your job to find out where. Take a place at several Place pages for your city + industry and note where Google is pulling reviews from. Which appear to be their favorite sites? Once you know, are you well represented there? If not, you may want to work these sites into your review efforts so that you’ll be replacing the reviews that you lost from Yelp. Just because Google and Yelp are taking a relationship break doesn’t mean you want to take a break from your customers.

Ask customers to repost reviews: When you’re soliciting online reviews, don’t be shy about directing users to certain sites or asking them to repost reviews on sites that are important to you (and tell them which ones those are!). If a customer left you a glowing review on Yelp, it may be worth an e-mail asking if they’d mind reposting on Google Places. If they were so happy with their experience that they’re leaving one review, it’s likely they wouldn’t mind reposting it somewhere else, as well. Educate them on your preferred review process.

Don’t forget about Yelp: Just because Yelp reviews will no longer appear in Google Place Page listing doesn’t mean you should ignore the site. Yelp remains important to your business because it’s still important to your customers. Your customers don’t care that Google and Yelp are in a tiff. They use Yelp to leave reviews, get information about your business, and to discover other places they may be interested in. Ignoring Yelp and new features like Yelp Deals is essentially cutting off one arm of your marketing efforts. Don’t buy into the knee-jerk reaction to ignore Yelp altogether.

You tell me: How are you dealing with Yelp reviews being removed from your Google Place Page? Are you angry about it? Relieved?