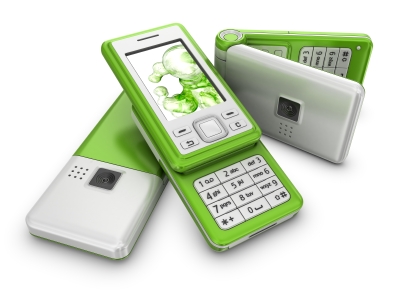 If you thought the check-in craze was getting, well, crazy, Google’s gone ahead and taken it up a notch. TechCrunch reports that Google is planning to distribute millions of custom mobile devices to small business owners to allow customers to check in, rate, and make purchases (via Google Checkin) directly from the device. According to TechCrunch, the bold move comes as Google continues to fight for “[its] piece of the very lucrative local business market for both check-ins and reviews”.

Online to offline commerce is “a trillion dollar opportunity.” Money spent at coffee shops, bars, gyms, restaurants, gas stations, plumbers, dry-cleaners, and hair salons, etc. makes up a very large percentage of overall spending, and online services want a piece of that. Yelp touches this world, as does Foursquare and others. Groupon’s growth can be attributed to the huge untapped potential in local online to offline promotions as well.

So I guess instead of partnering with companies like FourSquare and Yelp (we already saw their public break up), Google has decided to go it alone and aggressively market their own device. But will it work?

It seems as many are stepping back to wonder just what Google is doing here. Obviously, they’re looking to take the steam out of Yelp and FourSquare’s sails (sales?), but is sending out millions of mobile devices to small business owners really the way to do that? It seems like they’re gearing themselves for an uphill battle trying to convert customers and SMB owners who already have custom mobile devices – their cell phones. Why do we need another? Will Google be providing support for these services? Will they eventually charge for them? Will they be tied into a new Google service? At the time, all of that is unclear, including what Google’s ultimate plan for the device really is.

It will be interesting to see what Google has up its sleeve here and whether it’s something that will really benefit small business owners. Right now it seems both drastic and costly for Google to be shipping out millions of mobile devices to SMB owners to enable check ins and reviews. But, I guess we’ll see what their future plan is.

Would you use a Google-approved mobile device for your business? What features do you hope these mystery devices include?