Health insurance is on my mind right now because my company is reviewing its policy options. Our premiums are about to rise, and like most small businesses, we’re watching every penny, so we’re trying to figure out where to cut back.

A new study from The Kaiser Family Foundation and the Health Research & Educational Trust shows that we’re not alone. Health insurance premiums have gone up for just about every company—which is nothing new. But what is notable is that employees are shouldering a bigger share of these cost increases than ever before. 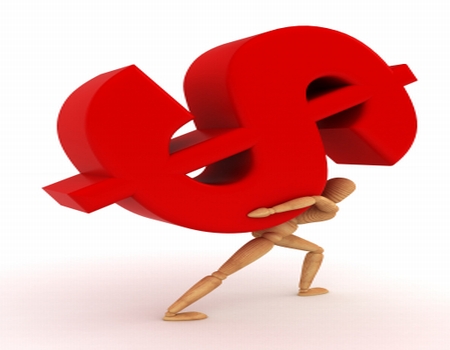 “In 2010, covered workers contributed a greater share of the total premium, a notable change from the steady share workers have paid on average over the last decade,” the report continues. “Covered workers on average contribute 19 percent of the total premium for single coverage (up from 17 percent in 2009) and 30 percent for family coverage (up from 27 percent in 2009).”

Bigger premium contributions aren’t the only change adding to employees’ costs. More companies are enrolling in health insurance plans with higher deductibles. The percentage of workers in a high-deductible health plan with a savings option (HDHP/SO) rose significantly from 8% in 2009 to 13% in 2010.

I certainly don’t blame businesses for putting a higher percentage of the burden on employees. Employers responded that in order to keep pace in the economic downturn, they had either increased cost sharing, reduced coverage or increased the amount workers pay (such as copays and deductibles). Those are the same options my partners and I are debating right now.

But one interesting fact stood out to me. Sixty-eight percent of small companies offered insurance—a sizable jump over last year’s figure. The bulk of that jump came from a 13 percent increase in the number of companies with 3 to 9 employees offering insurance. Noting it’s unlikely that that many small companies really added insurance in the middle of an economic downturn, the report’s authors theorize, “A possible explanation is that non-offering firms were more likely to fail during the past year, and the attrition of non-offering firms led to a higher offer rate among surviving firms.”

To me, that points to the importance of health insurance as a benefit for today’s employees. Poll after poll shows the health insurance benefits offered are an important consideration when looking for a new job and an equally vital incentive to keep current staffers. When the economy picks up (and it eventually will) it will get increasingly difficult for you to attract new and retain your current staff  if you’re not offering a competitive health coverage policy.