The Latest Trends in Franchise Development

When I write about franchising, 90 percent of the time it’s about buying franchises, researching franchises, and updating folks on the latest franchise news. (I throw in some op-ed sometimes, also. It’s just my nature.) There’s another part of franchising, and it’s really the most important part. It’s the place where it really all starts: the development of a franchise concept.

Like most industries, franchising has been hit pretty hard by a sluggish economy. Not only are franchise sales flat (in most cases), but prospective franchise owners are finding that banks are not very enthusiastic about lending money to small business startups, like franchises.

I decided to look into the development side, to see how this segment of the franchise industry was holding up. 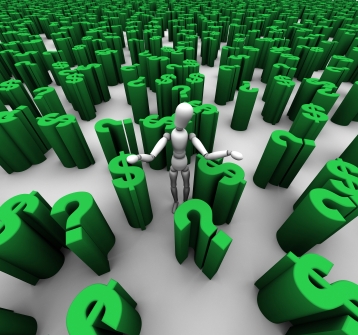 Before I share what I learned about trends in franchise development, I need to tell you that I get my share of calls from folks who are thinking about turning their businesses, or business ideas, into the next great franchise. Some have some pretty interesting ideas; others don’t. Unfortunately, the latter types of calls are more common. I posted about what those calls are usually like a while back over at OPEN Forum by American Express. Check it out if you’re wondering whether your business or business idea is suited to franchising.

I reached out to a couple of franchise development experts to find out what they’re seeing this year.

Lizette Pirtle is co-founder and CEO of International Expansion Experts, in North Carolina. Here’s what she shared with me:

“This year, there has definitely been an upswing in inquires from folks with solar and other eco–friendly concepts. Unfortunately they haven’t had a solid and sustainable business model to franchise.”

Lizette also said, “There’s some activity from people who have senior/health service-type businesses. In the past year we have franchised a health/senior services business and will most likely begin with another one soon. Doctors, dentist and ancillary services have been a good percentage of our inquires this year.”

This past December, I shared the “The Top Franchise Trends For 2010,” and senior-care services were one of the dominant categories. In that post, I noted that 30 different senior care franchise offerings were being marketed to prospective franchise owners. I suggested, “2010 may be a year of consolidation in this industry, which provides much needed services to families in stressful situations.” Maybe the market isn’t quite ready to consolidate, since according to Lizette, she’s seeing some activity from the sector. We shall see.

Obtaining small business loans has been challenging, and it does take money to franchise a business. I asked Lizette how her clients were funding their franchise development efforts, and here’s what she shared:

“Most of our clients self-fund their franchise projects. Last year the well dried up almost completely, but this year we have been busy from day one. Many of our clients in the past used their home equity to fund their initial franchise expansion efforts, but obviously the real estate market has hurt some people. This year we see that clients are more willing to invest in their businesses’ futures from their current earnings.”

Mark told me that more people are interested, but fewer are qualified.  He called that trend “bigger haystacks and fewer needles.”

His firm is seeing a lot of health-care concepts, and he’s seeing some healthy eating concepts gain traction.

Mark also shared something that’s definitely a new trend, and one that’s been buzzing around in our industry: “I’m seeing a lot more conversion franchises in a variety of industries as concepts try to aggregate buying and branding in a down market.”

(A good example of a conversion franchise would be when a local pizza shop, looking for a way to grow, makes the decision to align themselves with a pizza franchisor, thereby converting their independent shop into a franchise.)

Interestingly enough, I was recently contacted by a regional pizza franchise chain to help them with some marketing. I asked them who their typical franchisee was, and they said that most of them were conversions.

Speaking of franchisees, Mark went on to say, “There are more prospective franchisees than ever, but a lower percentage will qualify for financing due to tighter credit standards.”

For new franchise concepts entering the market, there are certainly lots of potential buyers. Mark said, “The big problem is sorting through the unqualified buyers. The tighter credit standards and large number of total prospects has been responsible for lower overall close ratios and has given rise to lead qualification companies that sort the wheat from the chaff for a fee.“

It’s great to know there are some serious entrepreneurs out there who are taking the necessary risks to grow their businesses. Turning their independent businesses into franchise businesses is one such way to do so.

Can your business become a franchise business?

Joel Libava is the Franchise Expert for Small Business Trends. Joel, The Franchise King®, equips today’s prospective franchise owners with time-tested, proven techniques designed to increase odds of success. He does this through one-on-one coaching, and gobs of useful content that can be found on places like Small Business Trends, SBA.Gov, and his award-winning franchise blog, The Franchise King Blog . He’s been featured in Entrepreneur® magazine, and is frequently called upon by national media outlets and publications for his no-spin insights into the world of franchising.
3 Reactions
Subscribe
Follow @smallbiztrends
RSS LinkedIn Pinterest iTunes