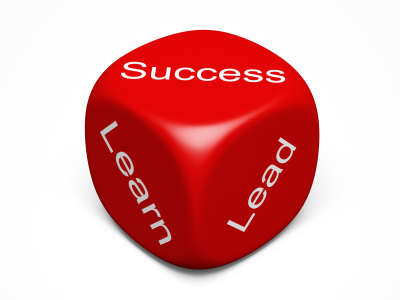 I’m always really interested to see how other companies are using social media and where they’re finding success. So I was pretty excited yesterday when I stumbled upon two reports that gave real usage numbers and got to the heart of how small business owners are fairing with their social media campaigns.

eMarketer brought my attention to the Small Business Success Index (SBSI) that was actually released a couple of months ago. The research was compiled by the University of Maryland/Network Solutions and showed some promising signs that small business owners are getting into the social media thick of things. The study interviewed 500 small business owners by telephone to find out what social networks they were using, why they started using them, and whether or not their expectations were being met.

According to the SBSI, social media adoption had doubled from 12 to 24 percent over the last year (that number may be up to 36 percent now). Of the businesses using social media, 82 percent were focusing their efforts on Facebook, with LinkedIn coming in second place. The most common social activities listed were maintaining a company page and posting status updates or links to interesting content. About half said they also monitor chatter about their brand on social networks.

Something I found interesting was that half of small business owners commented that social media takes up more time than they had originally planned for, but most also feel it’s time well spent and that it’s paid off for the business financially. To me ,that signaled there may have been a lack of understanding about what really goes into effectively using these tools.

eMarketer noted that as small businesses have gained experience with social media, some have realized their expectations for the channel did not line up with the reality of the social Web–which, again, points to the same lack of understanding. It’s interesting to see how successful SMB owners were at accomplishing specific goals, compared to what they were expecting:

Overall, even though an initial lack of understanding caused the businesses surveyed to have to adjust their expectations, the SBSI painted a very positive picture of SMB social media use.

eConsultancy released its own Social Media and Online PR report that surveyed 800 business owners. Though the survey is skewed toward the U.K. (just 8 percent of respondents were from North America), there are still some interesting findings for small business owners.

For example, according to the 82-page report, 95 percent of companies have added social media to their mix; however, 45 percent have either “experimented” or “done nothing” at all with social media. So they added it, but then ignored it! Another 45 percent say they haven’t taken any steps to implement internal policies or guidelines for the use of social media. Again, it’s just sitting there.

Of those companies that do actually use social media:

I was pretty impressed to see YouTube pulling in such high numbers, putting it over LinkedIn. My guess is that many of the companies surveyed have larger budgets and are therefore more comfortable experimenting with video than the average small business owner.

The folks at Marketing Pilgrim also commented on the study and showed that, with the exception of corporate blogging, there had been a decline in every social media tactic from creation of podcasts to video to the use of social bookmarketing sites. Part of me can’t help but wonder if this is at all tied to the fact that these companies admitted they had barely experimented with any of the tactics they were trying. It’s logical that if you haven’t created a plan for using social media, you won’t see much benefit from it and will decide to drop it altogether. It appears that’s what’s happening here.

Side by side, I think both studies give a powerful look at how business owners are navigating their way through social media. If there’s anything for small business owners to take from this, it’s that you have to be familiar with the tools you’re using and create a plan for how you will add them to your business. Without that knowledge, you’re setting yourself up with false expectations. Social media is really no different from any of your other marketing efforts. You have to invest in its success.