3 Ways to Scale Your Personal Brand

Personal branding for entrepreneurs in many cases is a massive paradox. On one hand, in the authentic, transparent business world we are living in right now, it is 100 percent imperative to have a personal brand–a human presence led by you. We all know that the cliche statements are true: People form relationships with people.

On the other hand, having a strong personal brand can also be a challenge of scalability. Can I scale myself? Am I too accessible? What happens if I go away? 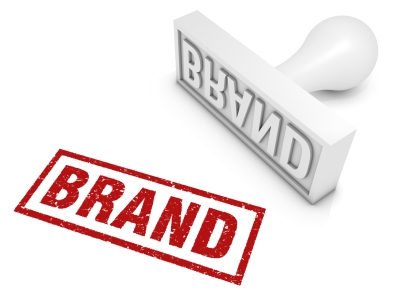 While there is no perfect answer to the scalability question, here are a few examples of forward-thinkers who have successfully scaled their personal brands. Sure, they are present and accessible. Sure, if you shoot them a Tweet or e-mail, there is a good chance they will get back to you. But they have also created something bigger than themselves–and you can too.

The big lesson, though, is it takes time. These folks worked their butts off to build their brand before they scaled. If you are willing to put in time and effort in the trenches, if you have passion and patience, there are numerous paths to success.

John Jantsch is a bestselling author, speaker, etc. for small businesses. But he can only be in so many places at one time. He can only speak so many times. He can only coach so many people. So, what was his scalability solution?

Twofold. First, John created the Duct Tape Marketing Coaching Authorized Coach program. In a nutshell, he trains people to be authorized coaches under his philosophies and run their own businesses. Sort of like a franchise.

Second, he licensed a special marketing plan software, Marketing Plan Pro, that sells for $179.95. This higher-priced product leverages his knowledge, and John doesn’t have to be present for it to sell.

We all know Gary as the crazy wine/social media guy who is an online TV star, speaker, etc. Gary built his brand around his own personal brand (or, as he calls it, his own DNA). He is also very accessible and credits his ability to answer every single e-mail for years as one of his secrets to success. But we all know that is difficult to sustain. How does Gary scale?

Again, there are two parts to his equation. First, he created Vaynermedia, a consulting company. Now, that isn’t revolutionary in itself; however, I like the brand name because it tells me this: “Gary Vaynerchuk has a hand in it, but it is bigger than just him.” Meaning, his brother runs the company and they now employe a relatively large number of folks. Contrast that with “Gary Vaynerchuk Media”…the name alone tells me you will always be working with Gary, which is impossible to scale (I actually made this mistake when I started an agency under my name several years ago before founding The Rise To The Top.)

Second, now that Gary’s hard work and years of effort are paying dividends, he has begun to invest in early stage companies as an angel investor. Why? His personal brand has opened the doors, and now Gary has the opportunity to build wealth that, again, goes beyond what he alone can do. Smart.

Best known for her reality TV show, Patti Stanger is pretty much the name when it comes to matchmaking. But does every person who calls her company expect to talk to her? How does she scale her time between a TV show, radio show and clients?

For Patti, it comes down to leveraging her name. That means licensing deals on certain dating social networking sites and books. And, of course, her core services (The Millionaire’s Club) have other employees and leaders that can lead the charge.

What are the similarities between John, Gary and Patti?

#1: Their company name is not their name. Duct Tape Marketing, Wine Library, Vaynermedia, The Millionaire’s Club. All are bigger than one person.

#2: Their personal brand is extremely present–on social media sites, via e-mail, on videos. THEY are the face of the company. Not an actor or actress. The leader. The personality.

#3: They all have worked extremely hard building up their brands. Now, years later, they are able to scale with some efforts that create passive income.

The lesson? Don’t let the uncertainly of scalability hinder your progress. You are the face of your brand, and if you work hard enough, and build the foundation, the question will be not “How do we scale?” but instead “Which way(s) do we want to scale?”

David Siteman Garland is the Founder of The Rise To The Top. The #1 Non-Boring Resource For Building Your Business Smarter, Faster, Cheaper. He hosts RISE, a web show for entrepreneurs featuring unique interviews and advice, and The Rise To The Top TV show on ABC. He is the author of Smarter, Faster, Cheaper: Non-boring, Fluff-free Strategies for Marketing and Promoting Your Business.
27 Reactions
Subscribe
Follow @smallbiztrends
RSS LinkedIn Pinterest iTunes