Are Small Business Loans Getting Easier to Obtain? 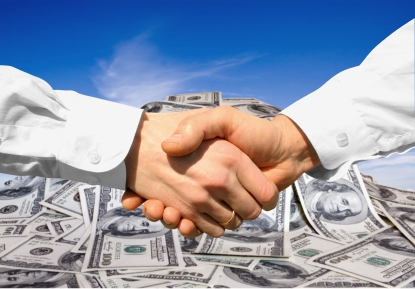 The Financial Services Roundtable, an industry trade organization, says almost all of its 100 members, including Bank of America, J.P. Morgan Chase and U.S. Bancorp, now have second-look programs.

Giving applications an in-depth second look costs the bank more than a loan analysis based solely on credit scores. But it seems to be paying off for the banks: One bank told the Journal that second-look loans have the same overall performance as loans that get approval on the first application.

Are the programs making a difference? Of course, it’s still not simple to get a bank loan, but the most recent latest Federal Reserve survey of loan officers was encouraging, reporting that lending standards for small businesses had eased for the first time since 2006. “Around one-fifth of large domestic banks reported having eased lending standards for small firms,” the report states.

What’s behind the banks’ increased friendliness to small business? According to the Federal Reserve report, “Nearly all of the respondents that reported having eased standards or terms on [commercial and industrial] loans cited more aggressive competition from other banks or nonbank lenders … as an important reason for doing so.” The other half cited a more favorable or less uncertain economic outlook.

But while this part of the report was encouraging, there’s some less positive news as well. The Federal Reserve reports that at the same time large banks were easing their standards, “a small fraction of other banks” were tightening theirs. Most of these were smaller banks, which were tightening their lending policies because—in direct contrast to bigger banks–they believe the economic climate is getting more uncertain and less favorable.

Smaller banks and nonbank lenders have been a big resource for many small businesses seeking financing in the recession. If these financing sources tighten their lending standards, will the result be a net wash for small business?