As the recession has dragged on and traditional financing sources have dried up, small companies in search of financing have increasingly sought money from credit unions. Will credit union financing for small businesses continue to grow in the months ahead? 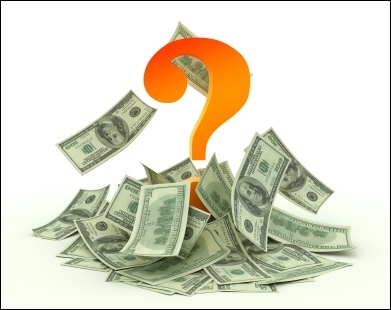 Maybe…and maybe not. As The Wall Street Journal recently reported, before the Troubled Asset Relief Program (TARP) expired this past Sunday, the U.S. Treasury gave 48 credit unions $69.91 million as part of a program that seeks to increase small-business lending.

The Community Development Capital Initiative, first announced by President Obama back in February 2010, uses funds from the controversial TARP program to boost loans to small firms. To encourage institutions to participate (and make more small business loans), participating institutions receive the capital from the government at a 2 percent annual dividend rate—3 percent less than the rate borrowers pay under TARP.

Financial institutions have been eager to apply. More than 200 were eligible, and according to the Treasury office that certifies institutions for the program, applications from credit unions, in particular, rose dramatically in recent months.

According to Bailoutsleuth, the final group of participants to receive CDFI funding was made up of 27 newcomers to the Treasury programs; of those, 24 were credit unions. The amounts the credit unions received ranged from $7,000 on up to $9.28 million.

Does this mean small businesses seeking capital should turn to credit unions? Well, not so fast. There’s one big hitch: The Credit Union Membership Access Act of 1998, which capped the amount credit unions can lend to businesses at 12.25 percent of their total assets.

The result is a Catch-22 cited by Marla Marsh, president of the Kansas Credit Union Association, in a BizJournals article: While credit unions have increasingly been getting requests from members’ to offer small business loans, the 12.5 cap is “so restrictive” that credit unions are reluctant to spend the time and money to set up small business loan programs.

Adding to the difficulty, credit unions often lack experience in commercial lending—which is one reason legislation was created to restrict them. (The other is that they’re nonprofit organizations, and raising caps could open unfair competition with banks.)

Sen. Mark Udall (D-CO) had tried to amend the recently signed Small Business Jobs Bill to increase the cap to 27.5 percent. Although the amendment didn’t make it into the final bill, Udall has said he will keep pushing for it in an effort to widen financing options for small business.

Editor’s Note: This article was previously published at OPENForum.com under the title: “Will Credit Unions Boost Small Business Financing? Not Without Some Relief” It is republished here with permission.