How Many Small-Business Half Truths Make a Whole?

Earlier this week I posted True or Not? Top 10 Election Talking Points on Small Business, a slide show with reader voting, on the Huffington Post. Here’s how that turned out – the points listed in order from most true would have been a 1, to most false, which was a 10: 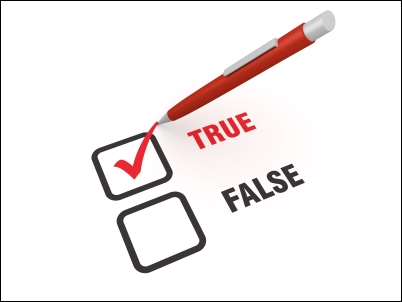 The biggest surprise here, in my opinion, is that slightly less than half the readers believe small business drives the economic recovery. I would have thought that was true. I’ve seen research showing that small business generates most of the new jobs in our economy.

The closest statement to truth, as voted by Huffington Post readers, was that the government favors large business. Frankly I was surprised to see so many people thinking points two and three were true; I don’t.

I did set it up to be skeptical. I believe that most of the talking points we get (ad nauseum) during national election campaigns are half-baked half truths. I think the voting there confirmed that.

So my question, for you and me, here, on Smallbiztrends: what do you think? What key points should be added here? Does small business drive economic recovery? Does government policy make or break small business? Do we (small business owners) vote as a bloc?

Tim Berry is Founder and Chairman of Palo Alto Software, Founder of Bplans, Co-Founder of Borland International, Stanford MBA, and co-founder of Have Presence. He is the author of several books and thousands of articles on business planning, small business, social media and startup business.
11 Reactions
Subscribe
Follow @smallbiztrends
RSS LinkedIn Pinterest iTunes